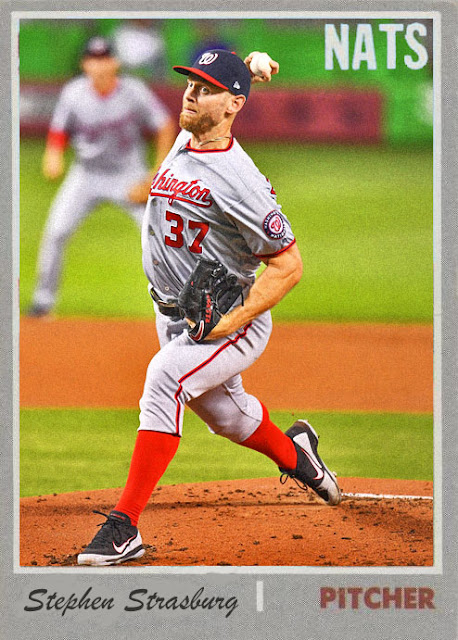 First of all...how did I not make a Strasburg during the year??

Yeah, it may have been due to injuries, but Stephen Strasburg had another fantastic year for the Nationals, FINALLY blossoming into the consistent, big-game strikeout artist that the team had in mind when they drafted him, ever-so-subtly, in the late 2000s. This was a fairly standard, if slightly truncated, year for Strasburg, with a 10-7 record, a 3.75 ERA, and 156 strikeouts, his lowest since his last injury-depleted season in 2015. Even with strong pitchers onhand, as well as Patrick Corbin's rise to DC, he's still a formidable threat to any NL East batter, and I imagine he'll stay that way. 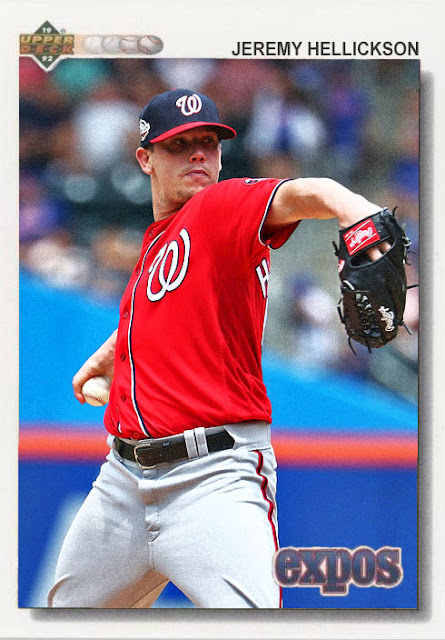 Jeremy Hellickson's 2018 success shouldn't have been a surprise, but after depressingly dim numbers with Baltimore in 2017, it was a pleasant one. Signed late in the offseason, Hellickson joined the rotation after Erick Fedde proved to be ineffective, and he got back to his old tricks, with a 3.45 ERA in 19 starts. Yes, his velocity is down, judging by his 65 strikeouts (which is exactly what he had in 20 starts with Philly last year), but he still kept batters down, even as a fifth man. 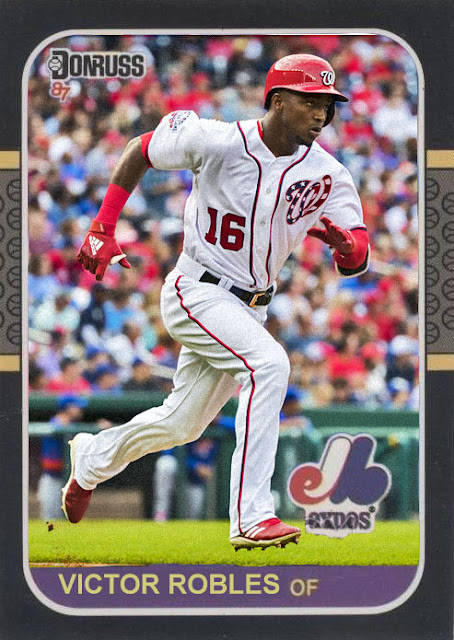 Thanks to Juan Soto, Victor Robles' role in the Nats' outfield was slighter than he'd wanted, but he still popped in down the stretch to hit a few home runs, and notched 17 hits in 21 games, which isn't bad. I'm not sure if he'll be a part of the conversation for 2019, as it's already looking like a Soto-Eaton-Taylor outfield (with a possible campaign by Howie Kendrick). 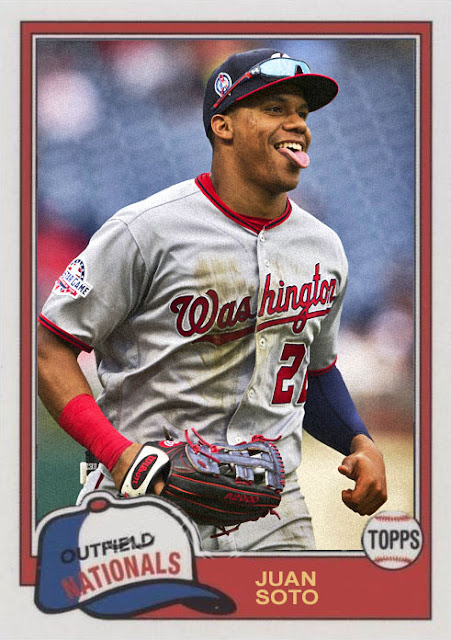 The rest of these are dupe customs I prepared for an award season that was admittedly not kind to Washington. Juan Soto was, in my opinion, a serious threat for the ROY award, but Acuna's numbers proved too juicy for voters to ignore. Soto is still a great young outfielder, and will likely blossom upon Harper's exit next year. 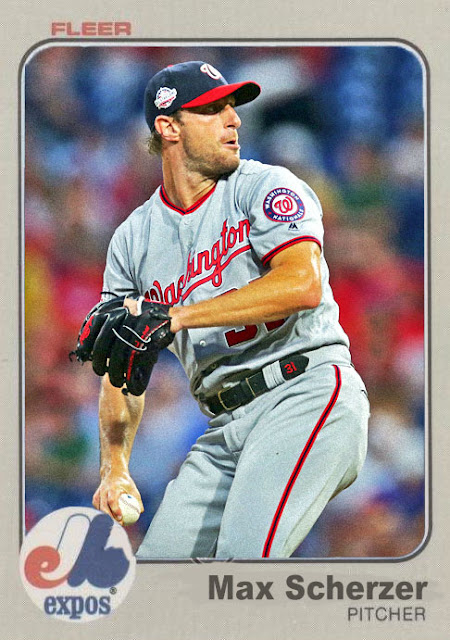 Meanwhile, Max Scherzer was inches away from his THIRD consecutive Cy Young award, but had to be separated from Jacob deGrom by literal inches (and ERA, I think). Still, a 300-strikeout year, an 18-7 record, and a 2.50 ERA is nothing to be mad at. The fact that Scherzer can do all of those things...at 33...and for it to be called a normal season for him? That says all you need to know about Scherzer as an all-time talent. The man has led the league in strikeouts AND WHIP...for the past THREE SEASONS. 33 is typically when people STOP leading the league in things like that.

Keep up the good work, Max. 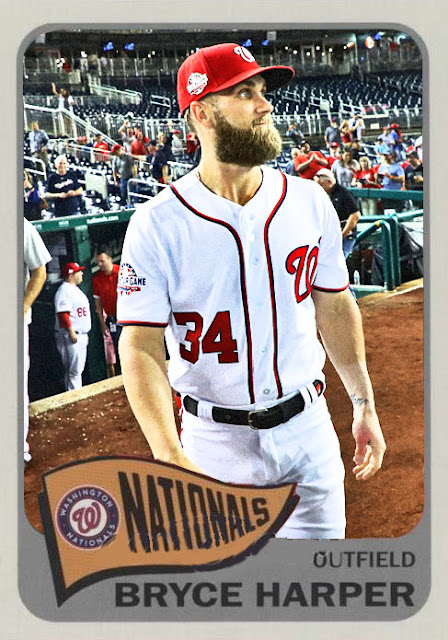 And then...there is Bryce Harper. Who played his final season in Washington this year, after seven landmark seasons as an outfielder, arguably only three of them great. Say what you will about Harper's exploits, and his 2018 season (which...would have been his weakest had it not been for his 2016), but Harper left his mark on Washington, gave him nearly everything they asked for when they drafted him, and made the Nationals a playoff-caliber team. One wonders where they'll go without him. Perhaps further than the NLDS.