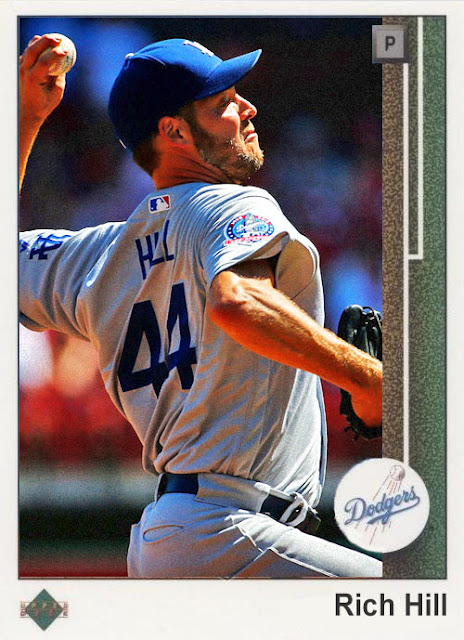 Wanna know how good the Dodgers were this year?

Rich Hill had a 3.60 ERA, 150 strikeouts, and a 11-5 record...and I only JUST NOW got to making a custom of him, because he kept getting usurped by more urgent subjects throughout the year.

...There were people on the Dodgers more urgent...than a guy with an 11-5 record and 150 strikeouts.

Even though they lost the World Series again, the Dodgers were still a fantastic story, going from a disappointment in third to owning the leagues in September. Rich Hill, who sadly has become a bit more normalized after breaking back into the majors 8 years after we'd counted him out, had a great season as third man, even if his usual injuries midseason lessened his power. 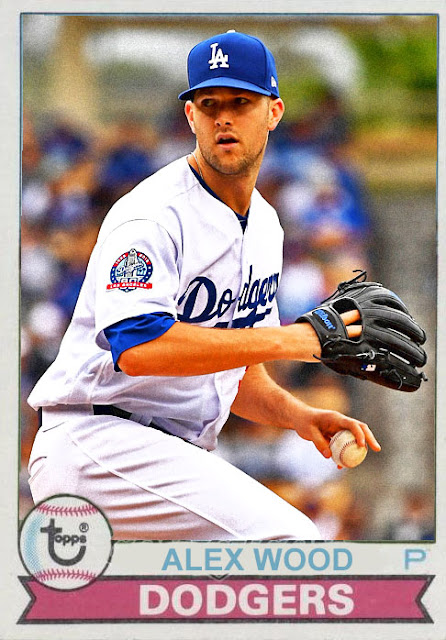 Same with Alex Wood, who, after an impressive 2017, slumped to slightly lower numbers, with only 135 strikeouts, and a 9-8 record. Wood, to his credit, was one of the few pitchers who mostly avoided the mid-May injury spree. He missed a FEW starts, but mostly stayed a useful arm. By the season's end, he was sadly optioned to the bullpen, but I doubt he'll stay there for long. 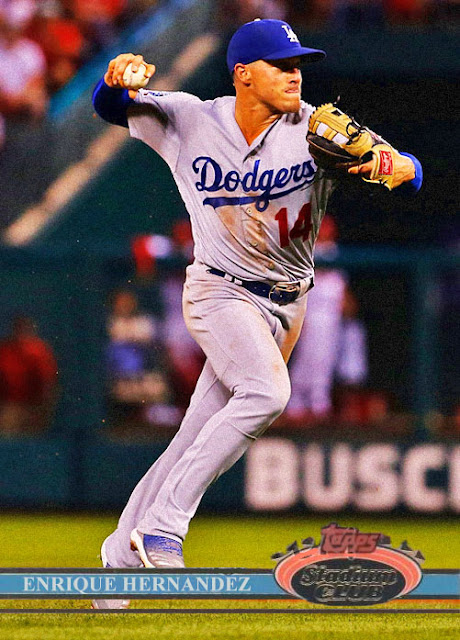 While not necessarily at starter caliber yet, Enrique Hernandez is a dangerous bench bat who went to work this postseason, getting back to his usual low-average high-power stuff. 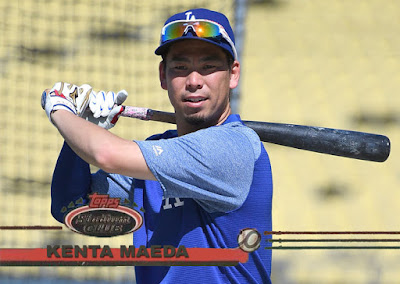 Kenta Maeda, seen here in a really cool shot, went the route I thought Hyun-Jin Ryu would go...he pitched moderately as a started, then was moved to the bullpen post-overflow. He's still a great arm, but he's down a ways from his epic 2016 debut. 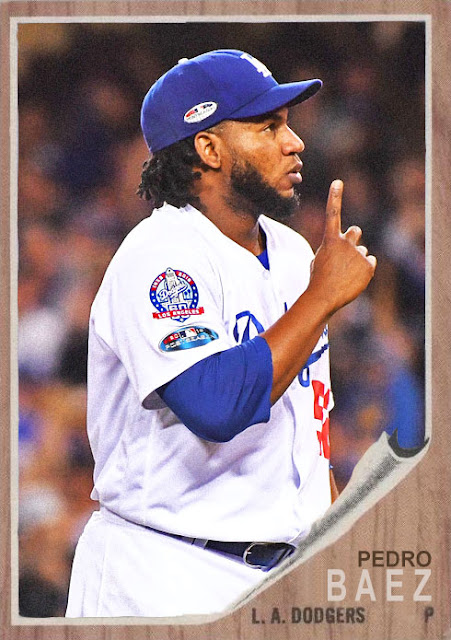 Pedro Baez is still a fantastic bullpen arm during the regular season, despite his dominance sliding a bit once the postseason begins. 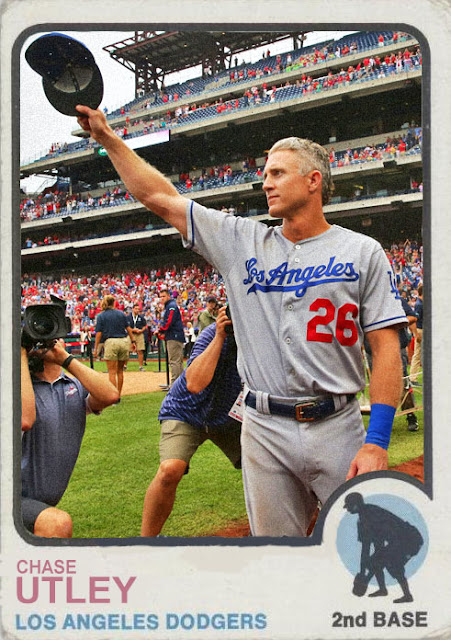 And...yeah, this happened this year.

Chase Utley, one of the heroes of my youth, one of the icons of Philadelphia sports of my generation, announced his retirement, and said goodbye during his series in Philly. He's definitely got a HOF case, and he's definitely a legend in Philly, so I couldn't help but memorialize him with a dramatic, dynamic custom. You'll be missed, Chut.

Coming Tomorrow- Proof that signing a bunch of 30-year olds pre-season doesn't amount to a ring.
Posted by Jordan at 5:52 PM