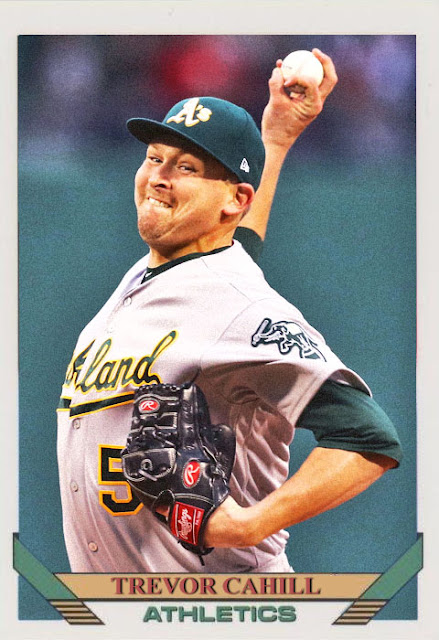 Perhaps the biggest surprise of 2018 was the sudden rise of the Oakland Athletics, a team that everyone had marked for death. Using a micro-payroll, homegrown talent, and very cheap free agents, this A's team clawed their way past an ailing Angels team and an unlucky Mariners team to battle the Yankees for the Wild Card spot. While this didn't exactly work well for them, their playoff appearance during an era of doldrums for Oakland baseball was definitely worth celebrating, especially after the tragic dissolution of their 2013 squad.

Despite said dissolution, one of the charter pitchers from said era, Trevor Cahill, returned to Oakland (along with Brett Anderson). Cahill had a comeback year, giving some solid middle-rotation work, and being a reliable arm when other pitchers opted out due to injury. Cahill's a free agent this year, and I expect him to sign with an AL West rival, perhaps the two that REALLY need pitching help about now. 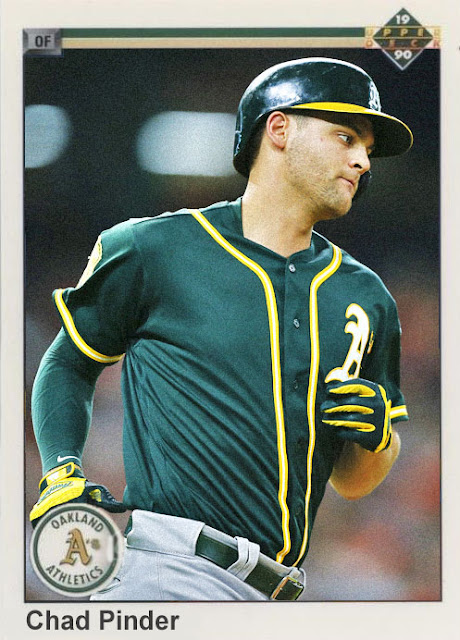 Chad Pinder was a member of the A's outfield platoon that worked so well this year, and he graduated from the bench to being a starter after Matt Joyce's demotion. Like Mark Canha, he's a nice little young outfielder who's great with hits. He also gives the A's some options for 2019, because they have Pinder, Canha, Stephen Piscotty, Ramon Laureano and... 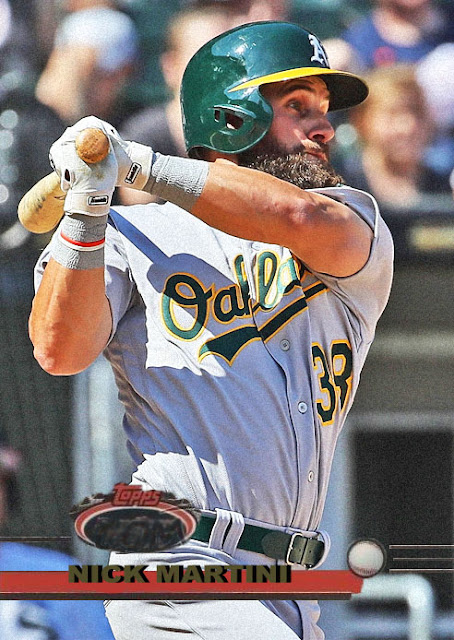 ...Nick Martini, who had a mid-season debut and became an occasional member of the A's offense. He's also pretty impressive, and ended with an average just under .300. I feel like if the A's do some concrete moves with this outfield, Martini may be the one that either gets shafted or traded, but he's still sharp. 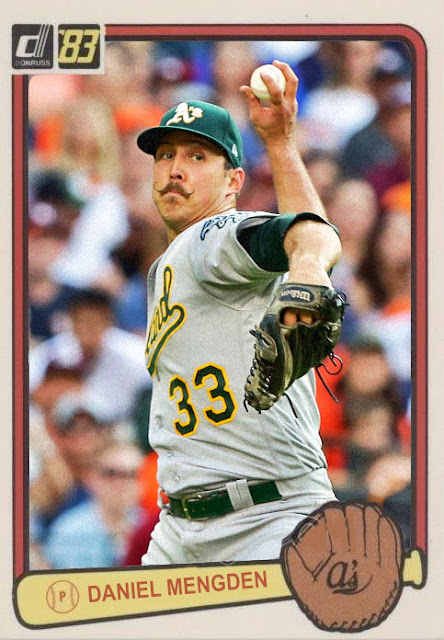 Daniel Mengden's presence in the rotation was certainly a throwback, as it harkened back to the days of Rollie Fingers' handlebar mustache. His numbers weren't bad either, though he spent some time on the DL, and his numbers waned after a while. Hopefully a full season will be a step-up for him. 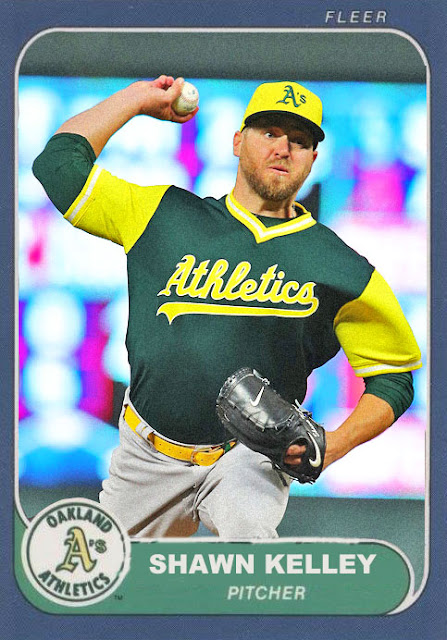 Shawn Kelley's story was certainly an interesting one this year- he was dropped by the Nationals out of the blue, after Dave Martinez read a glare Kelley gave him after an allowed home run as a personal threat. So Kelley goes to Oakland and gets to play for Bob Melvin, which is nice. He also gets some serious time down the stretch, and helps his already-low ERA get even lower.

[Fun fact: this was the only picture available of Kelley on the A's. So thank the gods it was a good one] Another addition the A's made to their strong bullpen was adding the great Fernando Rodney, who had been pitching well enough in Minneapolis, by fulfilling the rest of his 2 year deal. Rodney, at 41, gave some surprisingly sharp stuff in middle relief, keeping an ERA below 4, and only allowing 9 earned runs in 20 innings. Rodney, in his tenth uniform, and his seventh in four years, continued to be one of the more legendary relievers in the game.

Coming Tomorrow- Even after seeing them up close, I was still underwhelmed by the Toronto Blue Jays, but I can't help but admit that they had some serious talent waiting there.
Posted by Jordan at 6:47 PM