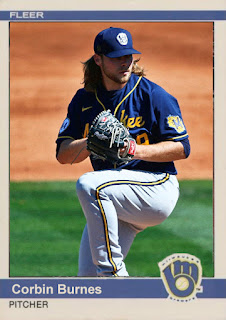 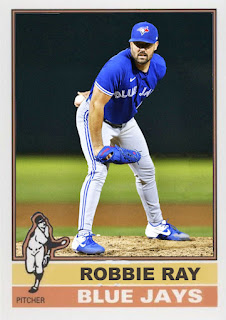 The whole season, we were working with the narrative that Zack Wheeler would be the Cy Young winner in the NL, on account of his high WAR, high strikeouts, and the fact that he had the best season of any pitcher in the NL. However, it seems we're not going by that criteria anymore.

No offense meant towards Corbin Burnes, who did have an excellent season, had some STELLAR early strikeout numbers and, fun fact, WAS MY PRESEASON NL CY YOUNG PICK. Seriously, one of the posts I had before the season started, I said 'people aren't paying enough attention to Corbin Burnes, I bet he's gonna win a Cy Young this season'. But what happened was that after his injury, Brandon Woodruff sort of overtook him as the defacto excellent Brewers starter, and I kinda thought he had the better year. Burnes still led the league in ERA, and still had 234 Ks and some really nice numbers. I was just thinking his weeks on the IL would have held him back more for voters.

It's a fine pick, and it's one I'll probably agree with more over time, but I really thought Wheeler had it. He was the Cy Young frontrunner for like 3 months, I kinda thought he stuck the landing.

Robbie Ray I had resigned myself to. I knew that with Gerrit Cole's second half struggles, he was never gonna get a Cy Young, and that Ray had absolutely come alive over the second half, cementing his stats and making it a runaway. The man had an incredible season, had been a strikeout artist for years, and now has the eyes of the league upon him. Hopefully things go better for him than they did for Trevor Bauer.

Part of me is kind of happy that Burnes snuck a win over Wheeler, because if Wheeler had one, both Cy Young winners would have been like the MVPs last year- two guys in their 30s who were rewarded for their longevity and consistency as well as their current season. Burnes is 27, so he's more of a newcomer to the fold, and this award represents his entry into the elite, which I'd been wanting to happen anyway. I'm not sure what it means for Ray, though, as he's 30, and a free agent.

I guess I'm alright with these though. The MVPs are tomorrow, and both of those should go without saying. Unless Juan Soto wants to squeeze in one more upset to piss me off.