Topps Cards That Should Have Been: 2012 Orioles 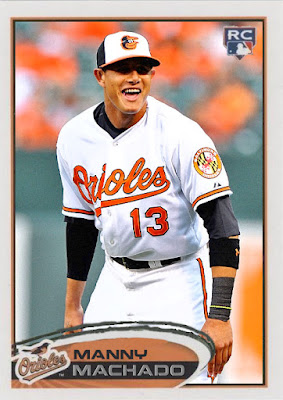 I was bitching about the rookie rules the MLBPA has set up a few days ago, I guess i'll start this 2012 Orioles post with a little more- Manny Machado's rookie season was in 2012. It was his first season, it was the season where he had the most breakout success, and according to baseball reference, he exceeded rookie limits during that season because he played 52 games. So really only the cutoff thing was preventing Topps from making a rookie card of him for Update. You know, that and wanting a high profile rookie for the 2013 set.

And on one hand, I sort of get the mentality of saving him for the next year's set, but one thing that you need to remember is that Topps had the power to make a card of him for 2012. They put SPs of Jim Thome, Josh Beckett, Adrian Gonzalez and Carl Crawford in their new uniforms into Update. Now, would Topps be ballsy enough to release a rookie card as a short print only? YES. THEY WOULD. They did it with Alex Gordon in 2006, and they did it with Jacoby Ellsbury in 2007. Maybe they'd grown up slightly by 2012, but they could have done something like this.

Honestly, Machado was the centerpiece of a 2012 Orioles team that could have been way bigger had it not been for that breakneck Game 5 of the ALDS. He hit .262 with 7 homers, 26 RBIs and a 1.6 WAR. He would later proceed to have 7 WAR seasons at age 22 and 23 before Juan Soto made it cool. 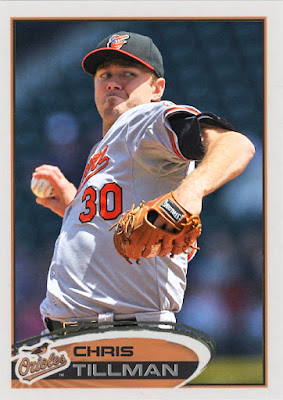 Topps missing Machado I can understand, but Topps missing Chris Tillman during his breakout season as a starter? A little more suspect. After a few seasons of struggling to stay afloat as a starter, Tillman had 15 games to change the minds of fans, and he pulled it off, with a 9-3 record, a 2.93 ERA and 66 Ks. These numbers would soon make him one of the more important arms for the O's, culminating in an ASG nod the following year. 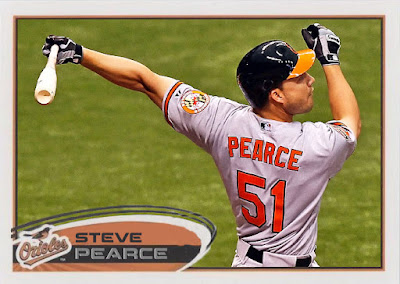 Steve Pearce had a tumultuous 2012 to say the least. After starting the year trying to make camp with the Yankees, he'd stay in the minors before Baltimore would select him off waivers in June and throw him on the team. In 28 games with the O's, he'd hit .254 with 14 RBIs and 3 homers. After this, the Astros would pick him up for a bit, and eventually he'd be returned to the Yankees. And at the end of the season, Pearce would re-sign with the Orioles, who'd utilize him well for the next few years. I learned while doing this post that Steve Pearce played for all five AL East clubs, which is a pretty awesome stat. 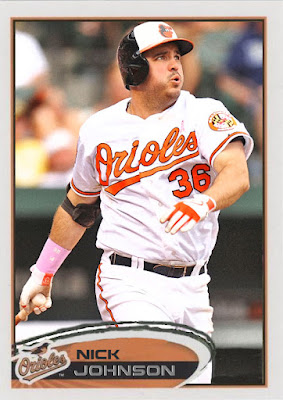 After spending an entire season in the Cleveland minors system, Nick Johnson was determined to get back to the majors after hitting his peak with New York and Washington. The O's took a chance on him, and tried him at DH as Chris Davis was heating up. Johnson, comparatively, hit .207 with 11 RBIs and 4 homers in 38 games. The numbers wouldn't be enough, and he'd be cut midseason, leading to his retirement. 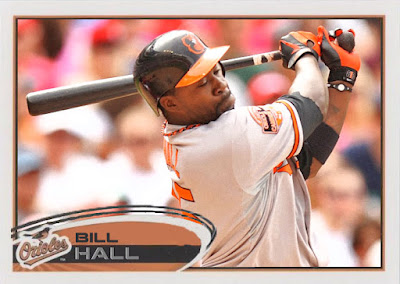 Also trying to find stability again was former Brewers bench bat and super-ute Bill Hall, who had come into some trouble after the Red Sox signed him in 2010. He'd split 2011 with the Astros and Giants, and only played 7 games with the 2012 Orioles. His power numbers had diluted, as had his defense, and he only hit .222 with 1 home run. Like Johnson, Hall would call it quits after the season. 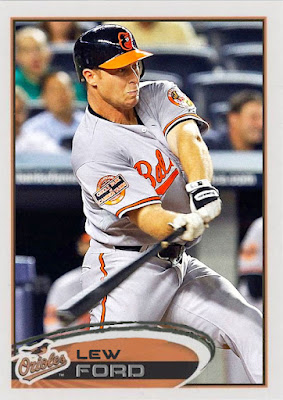 Perhaps the most intriguing roster addition for the Orioles prior to the season was Lew Ford, a former prospect with the Twins who flamed out after a strong 2004, tried playing in the Japanese and Mexican leagues and fought his way back. The O's were expecting big things from Ford, and sadly he only hit .183 with 3 homers in his 25 games there. 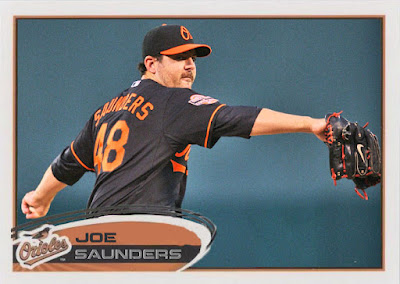 As for some waiver deadline pickups, Joe Saunders was having a nice season for the Diamondbacks, diluted by a weak offense, but the O's came for him in late August and he had 7 starts with the club. One of which I was in attendance for, and it was a scorcher against my Yankees where he got the win, thanks to a still-debated out-at-first call in the ninth. Saunders was also lights-out in the postseason, allowing only 2 earned runs in 2 starts, one of which was a win that pulled the team into the ALDS. Though his numbers would dilute after 2012, Saunders' season was one of the main assets that got them as far as they did. 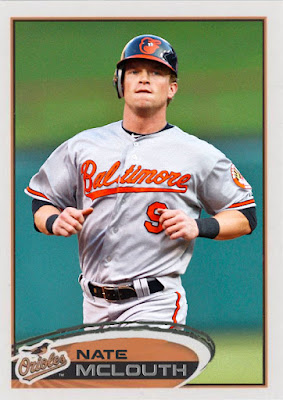 Meanwhile, Nate McLouth was all set for a return to form in Pittsburgh, which Topps did document, only to fail to hit for average and be released by May. What Topps didn't document was his time with the Orioles, which was way better and put his career on the right track again. In 55 games, McLouth hit .268 with 18 RBIs and 7 homers, and hit .318 in the ALDS with 3 RBIs. This season also led to an even better, and fuller, 2013 season as an extra outfielder in Baltimore. 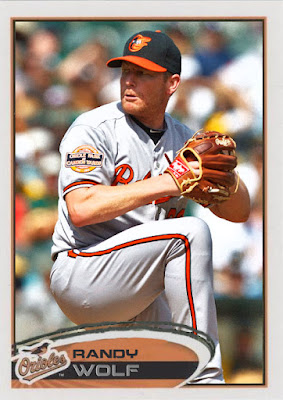 Strangest one last. It's been sort of lost to obscurity, but after impressive years with Philly and LA, Randy Wolf actually had something of a career renaissance with the late-2000s/early-2010s Brewers, becoming a consistent option for them. In 2012, his ERA began to build, and he was becoming a bit less necessary. The Orioles needed more potential pitching options, so they got him on a waiver deal late, and Wolf got 5 games and 2 starts for a competitor. The Orioles used Wolf more in relief, though he did get to start those 2 games, even if those were the ones that got more runs out of the opposing offense, but he still won 2 of his relief appearances. Didn't make the postseason roster though. Wolf would continue to pop up on weird teams for the rest of his career.

Tomorrow, we stay in 2012 and knock out some Padres.