Topps Cards That Should Have Been: 2007 Athletics 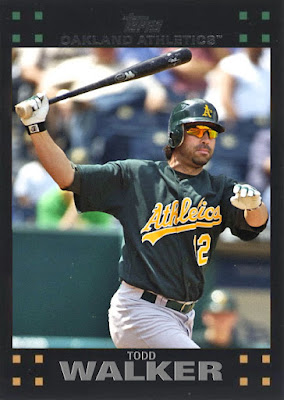 Continuing our trail through the Topps Cards That Should Have Been backlog I've left, we have four forgotten members of the ill-begotten 2007 Athletics.

Todd Walker was a handy utility guy that got around as an infield piece for the 90s Twins teams, and a bunch of 00s mid-tier teams including the Cubs. By 2007, he'd played for 11 years and had been everywhere, so he gave Oakland a shot as a 1B type bench guy for 18 games. He hit .271 with 4 RBIs and subpar defensive numbers, so his career ended there. 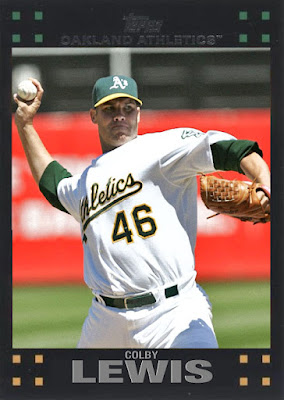 As we've been celebrating a lot of 'life begins at 30' hurlers recently, like Charlie Morton, Miles Mikolas and Scott Kazmir, let's not forget one of the early proponents of this, that being Rangers favorite Colby Lewis. After coming up as a Rangers arm in the early 2000s and flaming out, Lewis bounced around a bit, also playing for the Tigers and A's. In 2007, Lewis was used mainly in relief by Oakland, and had a 6.45 ERA in 37 innings. After this, he'd play 2 seasons in Japan, recapture his control, and have more productivity in Arlington afterwards. This was the very edge of the turning point for Lewis. 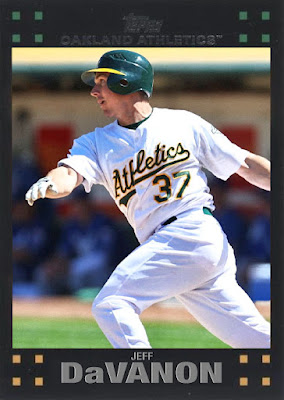 Jeff DaVanon was an outfielder and bench bat from the 2000s Angels team, being a lesser-remembered teammate of people like Garrett Anderson, Troy Glaus, Darin Estrad and Tim Salmon. After a few seasons in Phoenix, DaVanon was waived by the team that initially signed him, the Athletics, and finished his career there, with a .238 average in 26 games. 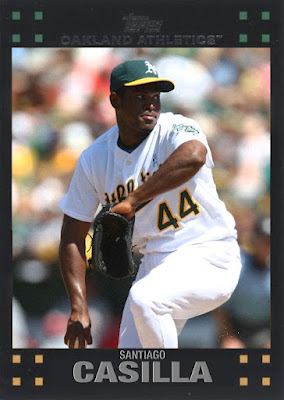 As a lot of these players were finishing with Oakland in 2007, Santiago Casilla used this season to break out. After a few years of near dormancy in the Oakland bullpen, Casilla was put to fuller use, appearing in 50 innings with a 4.44 ERA and 52 Ks. It would be the stepping stone to a number of great seasons in relief for Casilla, to the point where Topps really should have documented him earlier than when they did.

Tomorrow, some very odd could-have-beens for the 2009 Blue Jays.

Labels: 2007, A's, Colby Lewis, Santiago Casilla, Topps Cards That Should Have Been