Topps Cards That Should Have Been: 2012 Padres 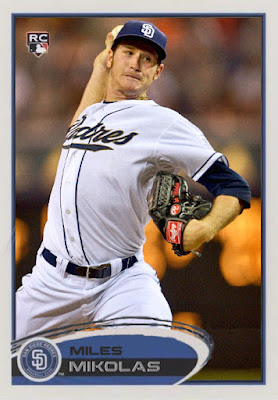 In 2012, the Padres were one of those consistent bottom feeder teams that could never really get anything done, and this was only a few years removed from a playoff push. The low-budget core of Chase Headley, Yonder Alonso, Will Venable and Everth Cabrera kept them afloat for a few years, but things didn't really get cracking til Machado came aboard.
Still, 2012 featured some unfamiliar developments that Topps didn't bother to depict. The one above might be the biggest deal, considering that Topps seems to think that Miles Mikolas' rookie year was in 2018 [then again, what the hell does ANYONE know about what qualifies as a rookie?]. Before Japan, Miles Mikolas got his start with the Padres, and made his debut in 2012. It was in time for the rookie cutoff and the Update cutoff, but, you know...reliever. In 25 games, Mikolas had a 3.62 ERA with 23 Ks, not too bad.  These would be his best pre-Japan numbers, as we'll discuss in a few days. 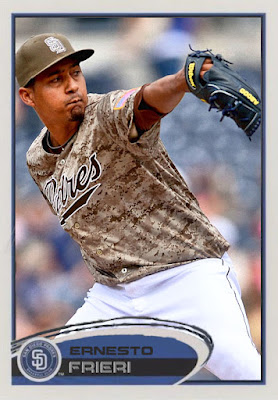 Also slightly pre-relevance was Ernesto Frieri, who had spent a few years kicking around as a relief piece in San Diego, and fairly well too. 2012 was looking to be another strong year for him as a Padre, as he had a 2.31 ERA in 11 games. In early May, Frieri was traded to Anaheim for Alexi Amarista, a trade that would benefit both sides, and would lead to Frieri taking the ninth in LA and nearly making an All Star team. 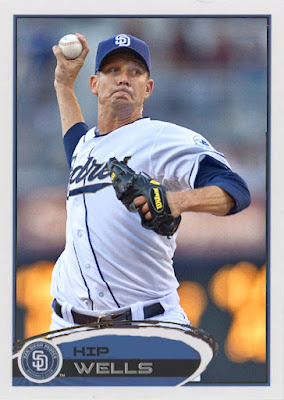 Now we get to some stranger ones. Like, these next two are people who most baseball fans thought had stopped playing before 2012. Kip Wells was an innings-eater for years, being a standout for the White Sox before being a loss-heavy option for Pittsburgh, St. Louis, Colorado and Texas. After a few botched spring training tryouts, including one that would have been a return to Chicago, Wells was picked up by the starting-pitching-starved Padres, and got to start 7 last games. Surprisingly he did sort of alright, with a 4.58 ERA, 2 wins and 19 Ks. Yes, it was still a negative WAR, but it wasn't as bad as some of his loss-heavy numbers. 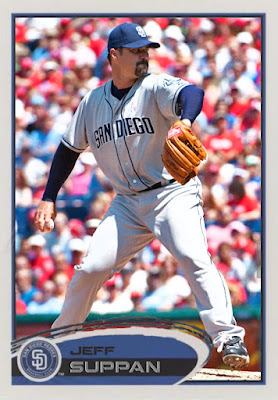 Another starting option the Padres called upon midseason was Jeff Suppan, who was 37, and had last pitched for St. Louis in 2010 [and rather well, too]. Still, his waning numbers had scared off the Giants and Royals before, and so the Padres were slightly wary, but needed an innings guy. In 6 starts, Suppan went 2-3 with a 5.28 ERA and 18 earned runs. Like Wells, the veteran mentality didn't work here. Suppan, like Wells, would call it a career after being cut.
Tomorrow, quite a few customs for the 2012 Phillies.
Posted by Jordan at 11:02 AM