Topps Cards That Should Have Been: 2007 Mets 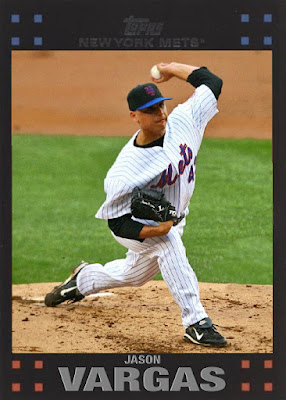 Oh man, there are some weird ones in this post.

The Mets were one year removed from being a playoff threat that nearly made it all the way, and were trying to repeat, despite pressure from the Phillies and Braves. And...they made a lot of very strange roster decisions, from spring training to the end of the season. We're gonna do the sort of understandable ones first.

Jason Vargas, before he became a standout for Seattle and KC, was shipped over to New York in exchange for Matt Lindstrom, and figured he had a shot to try some starts. Unfortunately, the Mets' rotation was pretty set in stone, with Tom Glavine, Pedro Martinez, Orlando Hernandez, John Maine and Oliver Perez staying pretty strong the whole year. So he only got two starts, and they didn't go well. Vargas came away from the season with a 12.19 ERA, with 17 hits and 14 runs allowed. This would be a run that would wound his career, and make him a suspect candidate for the majors until the Mariners would take a chance on him in 2009.

But, with the injury to Pedro Martinez, the team needed more starting options before landing on Mike Pelfrey. 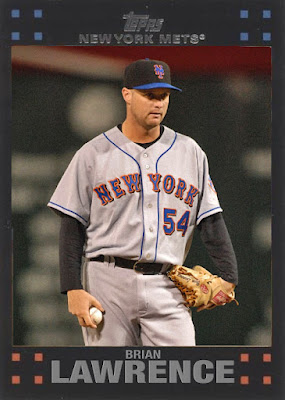 So they fished Brian Lawrence out of a deal with the Rockies. Lawrence, a former Padres starter, was traded to the Nationals for Vinny Castilla and didn't play a game for them due to injuries. So he needed to prove something to someone, and the Mets really needed rotation help. Lawrence, in 6 starts, had a 6.83 ERA with a 1.9 WHIP. Not a great run, and after the release he'd never make the majors again. Lawrence as a Met would have been a cool Topps card, but...it was not to be. 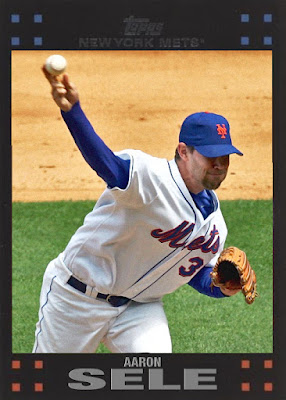 We just talked about Aaron Sele a few days ago, talking about his 2005 with the Mariners, but at this point in his career he was bouncing around, just trying to make some playing time, in relief or starting or whichever. In 34 games, all relief appearance, with the Mets, Sele would pull alright numbers, with a 5.37 ERA and some long-man work. Like Lawrence, Sele would bow out after this season.
Okay, now some REALLY weird ones. 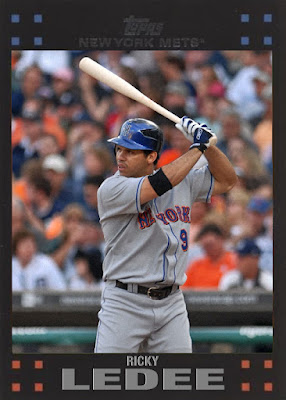 Ricky Ledee, former Yankee bench bat and guy who sort of bopped around the league for 10 years afterwards, finished his career with the 2007 Mets. In 17 games, Ledee hit .222 with 6 RBIs and his last homer. 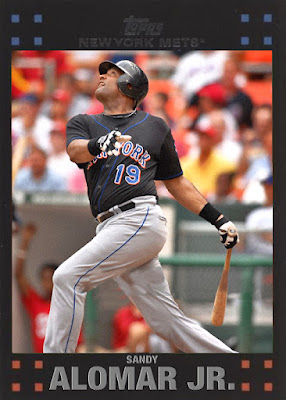 SANDY ALOMAR JR., who I always thought bowed out in 2006 with LA, played some games with the Mets in 2007. Sandy Alomar Jr. was 41 in 2007, and still catching. Yes, understandably his defensive numbers had gone down, but he was still playing, and the Mets...needed a 41-year-old backup catcher? I will say, though, that his defensive numbers weren't bad in his 8 games, but he did hit below the Mendoza line and didn't last very long at all. 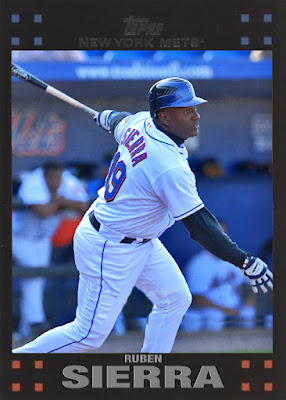 And this is the weirdest one. Ruben Sierra had been a bench bat/DH for most of the 2000s, and I assumed, mostly correctly, that his career ended in 2006 split between the Yanks and Twins. But...at 41, he decided he still wasn't done. So he attempted to make Spring Training with the Mets. This is an incredibly strange sight, and I kinda wished he'd have made the team so Topps could make a card of him. He didn't, and he retired afterwards, taking his career total of 306 homers with him.
Tomorrow's got some strange ones too, courtesy of the 2007 Nationals.
Posted by Jordan at 11:11 AM
Labels: 2007, Aaron Sele, Jason Vargas, Mets, Ruben Sierra, Sandy Alomar Jr., Topps Cards That Should Have Been