Topps Cards That Should Have Been: 2012 Red Sox 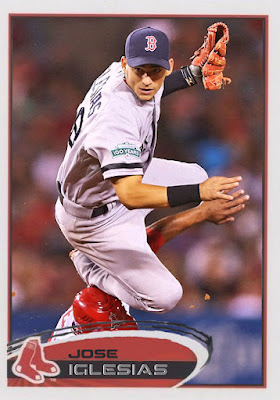 A year before the Red Sox would win a World Series against the Cardinals, during one of the most infuriating World Series matchups of my lifetime, they were still trying to form their legacy without the bulk of the Francona players. Heck, 2012 was the dreaded Bobby Valentine year, which was an unsettling bridge between the strong Francona years and the brief-but-starry John Farrell years. Also, it is kinda funny considering that Valentine was the only Sox manager from '04 to '18 not to win a ring, as Francona, Farrell and Cora all got theirs.

Anyway, the players, the ones that Topps were unaware of in 2012.

First off, Jose Iglesias, who did get a rookie card in 2011 Update, made a few more starts in 2012 than he did the previous year, but with a spottier average of .118 over 25 games. Iglesias would have better numbers the following year, so good, in fact, that he'd be traded for Jake Peavy [in a move that would ironically get Frankie Montas out of Boston]. 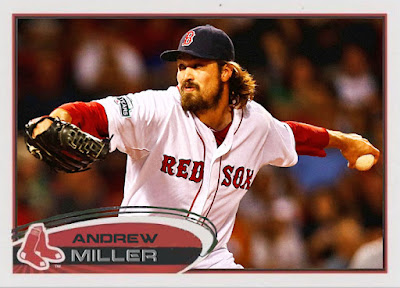 There were two big figures in 2010s baseball hiding in Boston this year. Andrew Miller, having been shipped to the Sox the previous year, finally settled into a relief role in 2012, with a 3.35 ERA and 51 Ks in 53 appearances, also delivering a 0.7 WAR, his best tally to date, which would be dwarfed by his 2014 numbers both in Boston AND in Baltimore. All this before becoming a fixture with the Yankees and Indians. Basically, this is where the killer second act for Miller began. 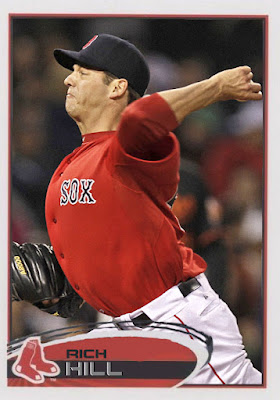 And you can also say that 2012 is where Rich Hill started HIS career second act. The Sox had let Boston native Hill pitch a few games in relief the previous years, and while he did go scoreless in 12 innings, he wasn't completely trusted yet. Well, in 2012, the Sox gave him 25 appearances, and Hill responded with a 1.83 ERA. And when the next 2 years would be turbulent for the former Cubs prospect, the Sox would appear again in September 2015 to give Hill four breathtaking starts that would put him on the A's radar and jumpstart his career to the degree it's at this year. It's a career reclamation story you love to see, and it couldn't have happened without Hill's hometown team. 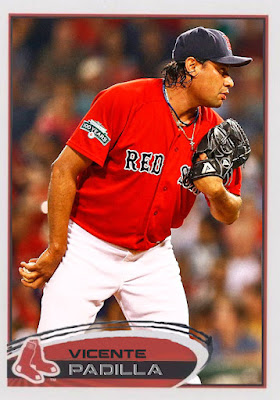 Another former starter used in relief by the 2012 Sox was [checks notes] FORMER PHILS STARTER VICENTE PADILLA? Really?? I knew that he was a late-season star for the 2009 Dodgers, and that he kicked around there as his career wound down, but I'd forgotten that Padilla was a Sox relief piece in 2012. He did fairly well, too, with a 4.50 ERA in 56 appearances. As someone brought up by Phoenix as a relief piece, it's kinda fitting that his career would end in relief as well. 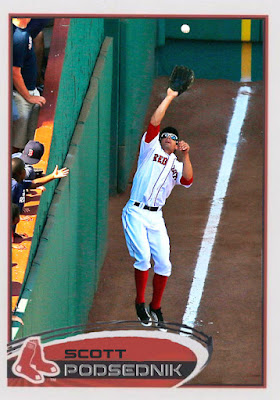 Speaking of mid-2000s All-Stars still kicking in 2012, this season also delivered the last career numbers for former Brewers and White Sox talent Scott Podsednik. Podsednik had ebbed and flowed since his World Series year in '05, but he made the most of 63 games as a bench bat by hitting .302 with 60 hits and 12 RBIs, a pretty solid run. He'd attempt to make the 2013 Phillies, but would lose the spot to Juan Pierre, and call it career. 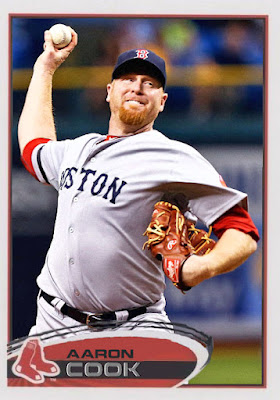 Most surprising in this Sox team is the fact that Aaron Cook, former Rockies starter extraordinaire, was a major candidate for a starting role. He was in his early 30s, a lot of his Denver mojo had worn off, but he was called up in May, and after an injury, permanently in June, as a rotation piece. Cook did have some nice starts in July, but struggled with opposing offenses. This was also an era of baseball that was beginning to embrace strikeout artists and one-dimensional hitters, and crafty, low-K starters like Cook were dying off. After a 5.65 ERA over 18 starts, Cook tried to make the 2013 Phillies but was denied, a lot like Podsednik. 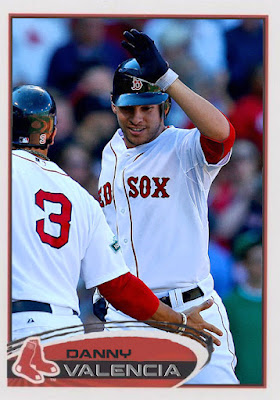 After a strong rookie campaign in 2012 with the Twins, Danny Valencia's role with the team lessened, to the point where he was cut mid-2012 and wound up as a late addition to the Sox's roster. In 10 games he hit .143 with 4 RBIs and a home run. Thankfully, this would be a precursor to stronger years with Baltimore and Seattle. 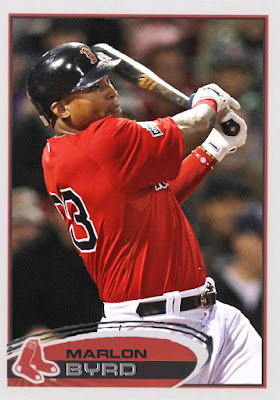 Similarly, Marlon Byrd was cut by the Cubs, who he'd made an ASG team with a few years prior, after 13 games and a poor .070 average. The Sox were happy to make a spot for him, as Byrd hit .270 with 27 hits and 7 RBIs in 34 games. While this season would lack the power numbers he'd become known for in Philly and Cincinnati, it would definitely pave the way for the stronger 2013, where he'd become a fan favorite in Queens.

Tomorrow, we'll join the 2007 Reds, and find players at opposite ends of long careers.