Rookies of the Year: Only Marginally Better Edition 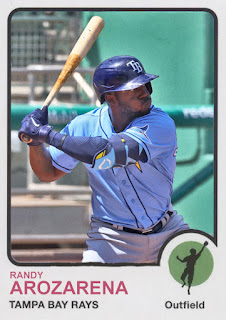 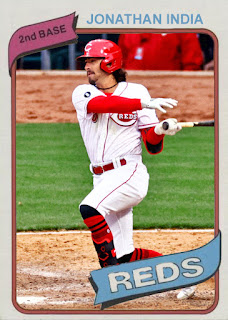 Tim Kurkjian voice: "DID YOOOU KNOW THAT THIS IS THE FIRST TIME THE TWO WINNERS OF THE ROOKIE OF THE YEAR AWARD PLAYED FOR TEAMS WHOSE CLUB NAME START WITH THE SAME LETTER SINCE 1999, WHICH COINCIDENTALLY ALSO HAD A CINCINNATI RED WIN?"

So, if you'll recall, last season I got a little mad when the NL Rookie of the Year was revealed and it was a guy who was healthy for under a month. I had a whole rant about how Devin Williams didn't especially change the trajectory of his team, didn't have a season that denied a long, powerful career, and wasn't the single most notable first-year player in the NL that year.

I do think now that the 2020 ROYs were sort of skewed by the shortening of the season to begin with. With only 60 games to go by, voters had to keep small stints in mind, and that's why Williams ended up winning out. Kyle Lewis probably would have won either way, though.

So going into this year, I wanted fuller areas for voters to choose from, and more of a target when choosing the winners. And to their credit, this year's ROYs both started the season in the majors, and played the entire season up in the majors, with both playing between 141 and 150 games. Both were clearly dominant, had wonderful seasons, and were justified in being the clearest option of the three.

Just one problem. Only the NL picked an actual first-year player.

Jonathan India I have no qualms with. Around June I figured he'd have a nice shot for ROY, outdid Trevor Rogers and Dylan Carlson, and came out to a huge defensive lead in a lot of categories. That pick is totally valid because India's career started in 2021.

But...this year wasn't Randy Arozarena's rookie year. If we want to get technical, his first career numbers came in 2019 with St. Louis. Then he had playing time in August and September in 2020, and played for the Rays for the entirety of that blistering postseason, becoming a starter and a playoff hero easily.

And that's the thing. The year of Arozarena's breakout was 2020. He went from a rookie callup to someone who was the controlling voice behind the Rays in less than a month, and was a crucial starter by the time the World Series rolled around. That is a normal rookie arc, and I'd always considered 2020 to be Arozarena's rookie season. Heck, Topps even gave Arozarena rookie cards in the 2020 set, and they seem to think so as well, I think.

And that's why it bothers me so much that after a rookie campaign last year, Arozarena still was ranked as a rookie this year. This, to me, felt like sophomore numbers. He played the whole season, locked into an everyday role, was a major player in the postseason again, and felt like a member of the team the entire season with no real learning arc. That's not a rookie story, that's a young second-or-third-year story. And because of MLBPA rules, because he was called up after a certain point last year, even if he'd already been called up in 2019, he was still a rookie going into 2021.

And to me, that's unfair to any other actual first-year trying to compete in the AL category. Randy Arozarena is a second-year player grandfathered into a first year category, and he has no right to have his very accustomed stats be compared to people just getting the hang of MLB play. I kind of figured the award would go to Luis Garcia, who had a great regular season campaign with Houston.

But...then there's the issue of Wander Franco. According to Topps, and their deadline, his rookie year is 2022, and he does not have a rookie card in any 2021 product, despite making his debut in June. It's the same shit they pulled with Yordan Alvarez in 2019. But Franco was eligible for Rookie of the Year this year, and honestly would have had a shot to win had it not been for Arozarena splitting the Tampa vote. I do think Topps' hand making him a 2022 rookie did sway into a lot of voters' decisions, saying that he needed a full year to establish himself rather than going off his strong last few months. Or maybe MLBPA pushing Franco into the race this year gave only a small amount of numbers for voters to go by.

The bottom line is there are too many rules and regulations denoting what a rookie is. A rookie is a player that is in his first season. It shouldn't be more complex than that. Randy Arozarena's first season was 2020, therefore he really shouldn't be 2021 Rookie of the Year. He's a great player, and he's a Rays hero already, but I don't think he really belonged in the rookie category. I think, if anything, that's doing his strong season a disservice.

Anyway. Cy Youngs on Wednesday. I'm not deluded enough to think that both my teams are winning this one. Wheeler and Ray, most likely. If it's an NL pitcher other than Zack Wheeler, I'm gonna throw things.

Labels: allow me to explain why this pisses me off, Jonathan India, Randy Arozarena, Ranting, Rays, Reds