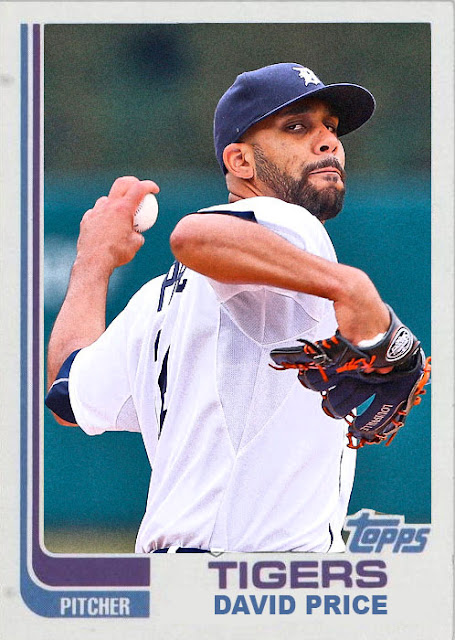 It's like a nightmare. I mean, no matter where I go, what I do, no matter how much time passes...David Price always ends up being stuck in my division having to play my Yankees seven or eight times a year.

It was bad enough seeing him as a Ray, on winning Rays teams, or as a Blue Jay when they had their mega-ultra-come-up. This is worse, now. This is David Price on the Red Sox. This is the thing we thought would never happen, the thing that seemed so scary, so intimidating that it might only be an anxiety, a figment of our tired Yankee imaginations. This was the monster waiting in the closet and disappearing whenever our parents came in the room, only to pop back out the second we closed our eyes.

David Price as a Red Sock. That right there, is the accurate depiction of the Boogeyman in New York. And it's a fear that's being realized. I don't know if I can take it.

Craig Kimbrel as a Sock is scary enough, because that's one inning of shutout ball, but Price can give you SEVEN. SEVEN INNINGS of pitches that a distance-heavy Yankee team might not be able to hit. Seven innings of bamboozlement.

I mean, this can only work if the Red Sox end up being completely great next year, and it's looking like that might happen. They're retooling their outfield, they're working on the youth movement in the infield, and they just need to work a bit on pitching and they can outdo the Rays and O's next year. And that's bad for the Yankees, because we don't have anyone that can make us into a playoff team yet. We're still borderline. Price can get the Sox over borderline, and this is BAD.

It's gonna take another month or so to see the rest of the picture develop, but this could potentially be a dangerous AL East formation, as far as the Red Sox are concerned. One pitcher doesn't make an amazing roster, that's true, but this could be the start of something big.
Posted by Jordan at 5:36 PM

Labels: David Price, Jordan is mad today, WHY GOD WHY, woe is me