One More Giant in the Wild Wild NL West 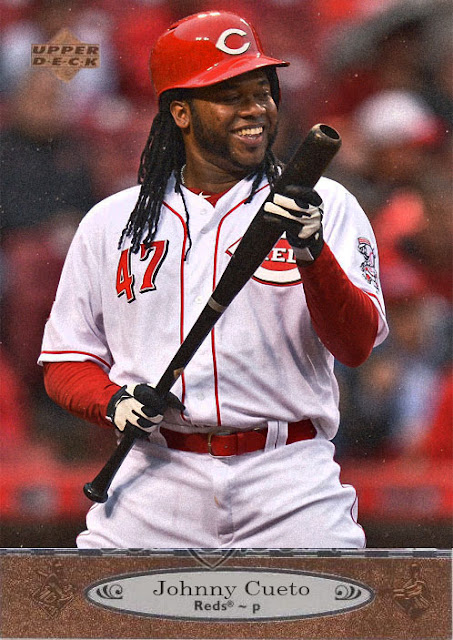 Just like that, the Giants want to remind us that 2016 will be an even year.

They already went and nabbed Jeff Samardzija, but now they decided it would be a smart idea to go and get Johnny Cueto, and piss off the Diamondbacks (who ALMOST had him). The NL West has suddenly become a three-horse race between the Dodgers, Diamondbacks and Giants.

First of all, this helps the Giants because it suddenly transforms their rotation into the mega-ultra behemoth that it once was. Back in the day, Lincecum-Zito-Cain-Bumgarner-Vogelsong was ALREADY a really tough rotation to beat. Now, six year later, we have Bumgarner-Cueto-Samardzija-Peavy-Cain/Heston if Cain's still injured. And THAT could be even nastier. When Johnny Cueto is your #2 guy...oh my god you are in trouble.

The only problem is that the Giants have an amazing rotation...an amazing infield...an amazing catcher...and three or four question marks in the outfield. Yes, Hunter Pence and Angel Pagan will likely be back, but since Nori Aoki's gone, does that mean Marlon Byrd will be back? Or Justin Maxwell? Or Alejandro de Aza or Gregor Blanco? Whatever they come up with will be too wonky, old, or just not to the caliber of the rest of the team. Unless the Giants plan on nabbing Justin Upton or somebody, they need to iron out a solid outfield plan.

This also brings forth a lot of questions about the NL West in general. If the D-Backs and Giants are now, for the most part, pretty polished, does that make the Dodgers the third place team? What if Cueto pitches like he did last half of 2015? What if Cain gets injured again? What happens to Tim Lincecum?

Either way, a LOT is gonna go down in the NL West for 2016. This will be insane, because 2/5ths of the division is coming to play.
Posted by Jordan at 4:59 PM