The South Side Wants In. 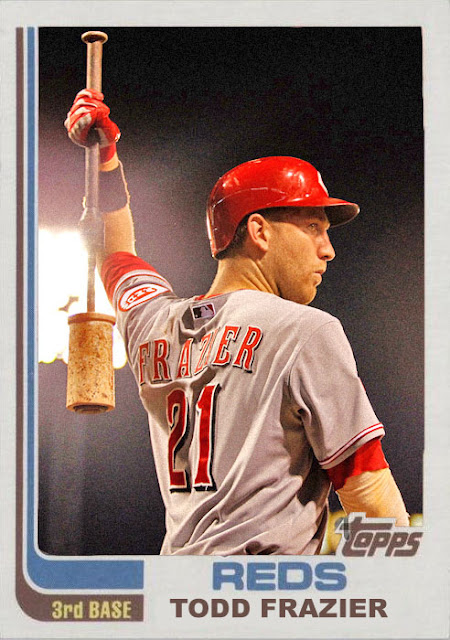 I don't think anybody saw that one coming.

It wasn't a big surprise that the White Sox have been trying to build something for 2016. I even said last year that the Sox were two or three moves away from competing, and had to get rid of a lot. Even when I saw them at Comiskey, there were makings for a pretty smooth roster.

And now...the Sox decided to cement things by going and nabbing Todd Frazier.

Frazier, especially last year, is capable of a TON at the plate. He hit was circling the top of the HR-charts for most of the season, and is also a pretty nice 3rd baseman, which means Brett Lawrie will MOST LIKELY be playing 2nd...unless they trade him.

The most interesting development is that the heart of this lineup is going to be FEROCIOUS. Frazer, Avisail Garcia, Jose Abreu, Adam LaRoche, Melky Cabrera. All in a line. I don't think anybody wants to face all of that in a row. That is pretty scary. That is the potential for a good 100+ home runs BETWEEN THOSE FIVE.

AL Central will be pretty cutthroat in 2016. The Royals will obviously be in it, but the Tigers and White Sox have been making big moves, and the Indians and Twins have been making small moves to refine what they've got already. These are five teams who could ALL be really good in 2016. And yet somebody has to come in last.

I'm not thinking that team is going to be the White Sox. They have enough now that they can challenge the Royals or Tigers for the top. And that's a pretty nice development.
Posted by Jordan at 3:35 PM