In Which the Mets Make a Statement 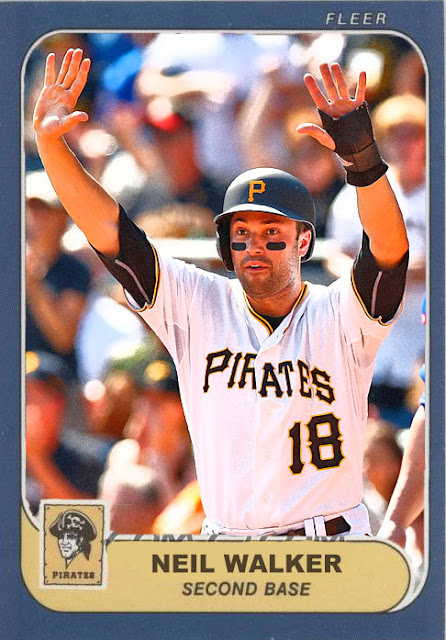 I honestly didn't think the Ben Zobrist swishing that the Cubs did yesterday could be topped. And yet...the Mets found a way to make an even more roster-balancing move by trading Jon Niese to the Pirates for Neil Walker.

And how does this work? Well, it solidifies their amazing homegrown rotation, and it confirms the fact that Daniel Murphy is not needed in Queens anymore. And both statements are pretty shocking.

I'll go with the more obvious one first, which is the pitching. Even last year, it looked like the Mets were trying to emphasize the young guys and phase out the older, less-consistent ones. They proved this when they waived Dillon Gee. And now they've gotten rid of Jon Niese, and agreed to trade him to a team who could actually use some pitching help about now. If they're going for a Harvey-deGrom-Syndergaard-Wheeler-Matz rotation for 2016, they've made the move that's solidifying that. Plus, it does not look like they're reupping Bartolo Colon, which is nice.

I mean, yeah, it's gonna suck losing Murph, but Neil Walker is still an elite, ASG-caliber 2nd baseman who had played on playoff teams and risen to the occasion. The Mets needed a speedy little defensive guy like that, especially since their defense in the infield needs work, because Wilmer Flores, David Wright and Lucas Duda aren't great defenders, and Wright isn't as good as he was at 3rd, sadly.

This is a pretty big statement from Sandy Alderson, who's obviously playing to win, and this move might get the Mets further next year. And as for whoever takes Murphy...consider yourselves lucky.
Posted by Jordan at 6:54 PM