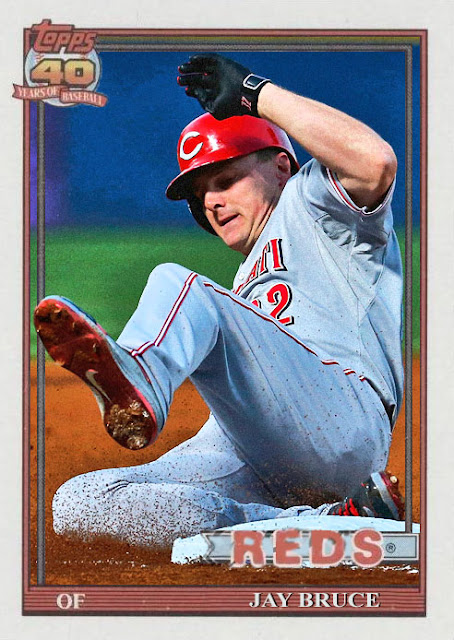 The Reds, for 2016, are planning a serious rebuilding year, and it's looking like they're letting their current huge contracts run out so they can get some young players up there. Jay Bruce, despite having a pretty decent season, is likely done being a productive face of the franchise, and might be on another team eventually. Still, he's one of the best bats on the roster, and still is worth following. 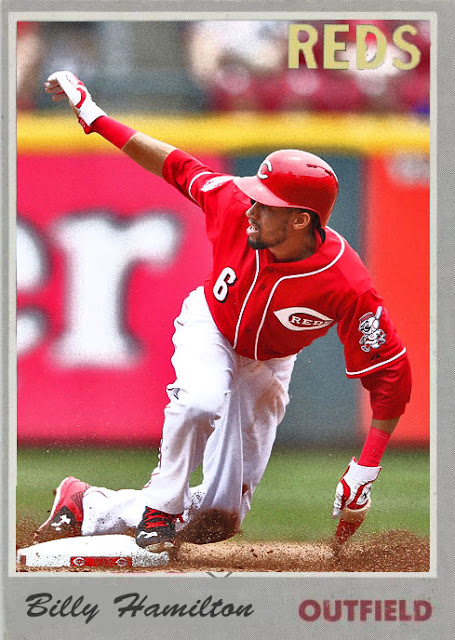 Billy Hamilton is still one of the best base-stealers in baseball, despite not having as productive a season as his debut. If he keeps up his progress he'll be a big deal on the base paths for a while. 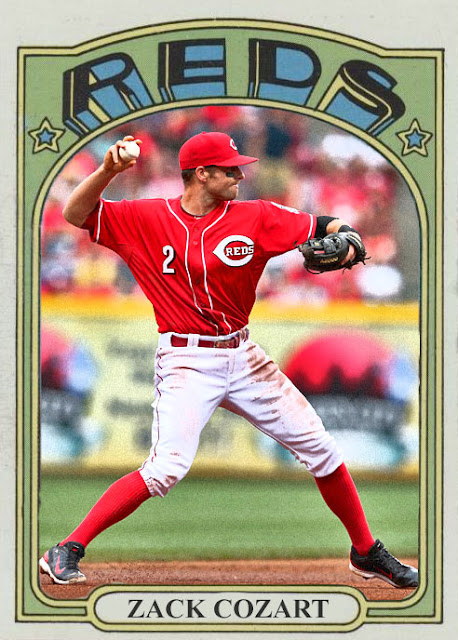 Zack Cozart was having the best season of his career at shortstop, getting some serious production done at the plate...and then he got sidelined with an injury for the rest of the season. Hopefully he'll be back in full form in 2016.

Coming Tomorrow- Well, it's Christmas, so nothing, but I'll probably post something card-related tomorrow.
Posted by Jordan at 8:02 AM