Something That Did Actually Happen 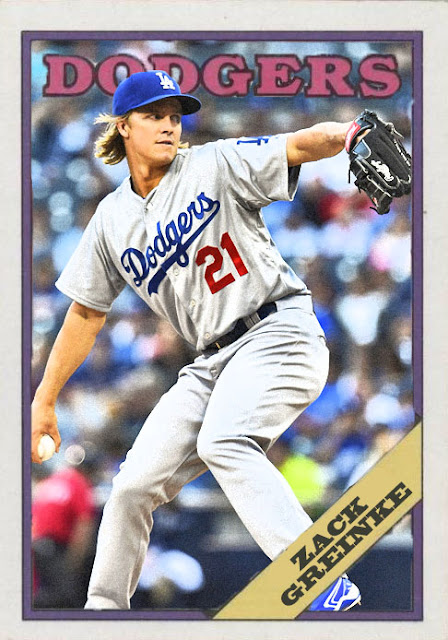 WASN'T I JUST TALKING ABOUT THIS LESS THAN A WEEK AGO???

The Diamondbacks failed to snag Johnny Cueto, and in that mind, that meant 'Cueto could have gone there, but he didn't, so the D-Backs might not have that big arm in mind.'

However, what it actually meant was 'The D-Backs are looking for an arm, and if it isn't Cueto, it is going to be someone HUGE."

And thus, tonight...someone huge signed to pitch for Arizona for the next few years. And that someone huge was the guy who almost won the Cy Young this year, Zack freaking Greinke.

I don't even need to go over how this affects the D-Backs, because I already did. This was the push that Arizona needs to potentially be huge in 2016. With Greinke, they have what they've been needing ever since Brandon Webb left- a surefire ace. Him, Rubby de la Rosa and Patrick Corbin can be a solid triple threat at the start of your week, and if Greinke is on like he was in 2015...forget it.

No, the real issue is how this affects the Dodgers. Because now, they're officially circling downslope central. There's a lot of age swirling around this team, and this isn't the roster they got huge with in the past few years. There is definitely still promise, but the pitching rotation, Kershie notwithstanding, needs a MASSIVE overhaul if they still want to contend, because next year will be a three horse race in the NL West, presumably, and I don't think the Dodgers want to take third.

Still, Greinke landing in Arizona is even bigger than Cueto almost landing there, because Zack Greinke is a better pitcher than Johnny Cueto. Let that be known. And he's gonna do a lot more in Phoenix than Cueto would have.
Posted by Jordan at 9:56 PM
Labels: Custom Cards, D-Backs, Dodgers, Johnny Cueto, Zack Grienke