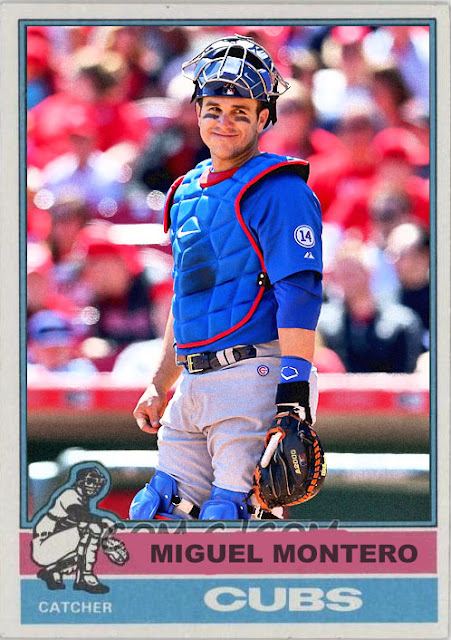 Man, Miguel Montero has every right to be smiling right now. The Chicago Cubs did so well this season, and they were inches away from a World Series, too. How often do you get to say that??

While Montero wasn't healthy for all of 2015, when he was behind the plate he was as reliable as usual, giving a solid bat as well. The Cubs should be glad they got him. 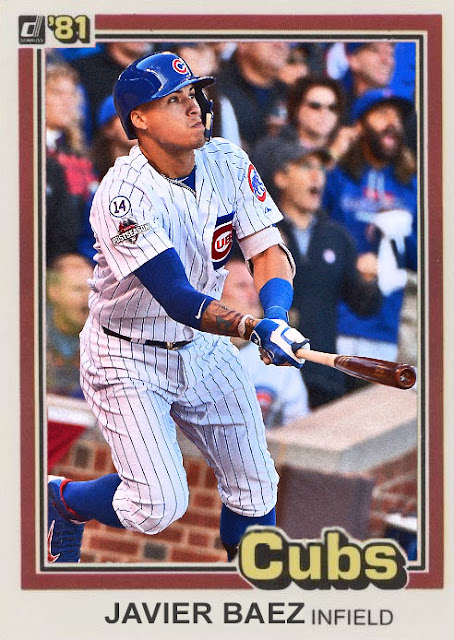 Meanwhile, Javier Baez FFFIIIINNALLLLY got to what all the prospectors had been promising this year. He came in late in the season and started hitting like a champ, taking shortstop and second on off-days and playing like a pro, even hitting well into the postseason. 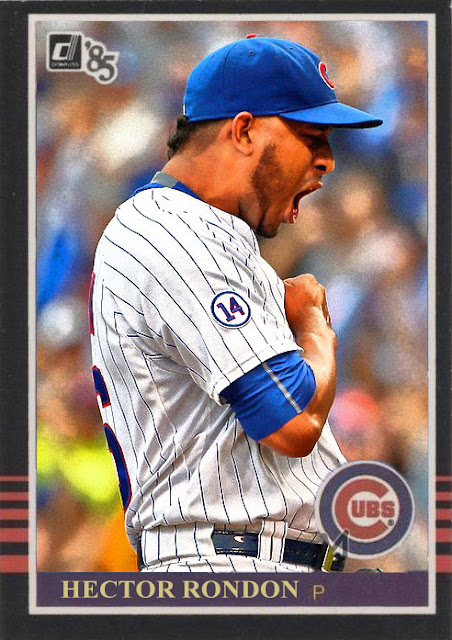 Hector Rondon entered a hazy closer picture and came out as a solid, consistent ninth inning option, even forcing Fernando Rodney and Jason Motte, former knockout closers, to work the seventh and eighth on some nights. Rondon will hopefully be the option for a few more seasons. 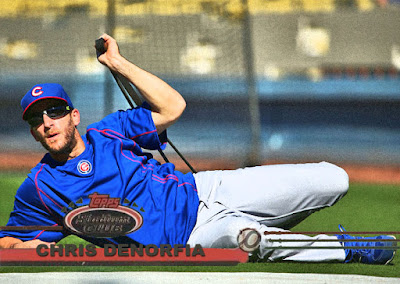 I adore everything about this card. Deforfia, yeah, he did a solid job off the bench this year, but look at that card. That pose is ridiculous, and I love it so much. 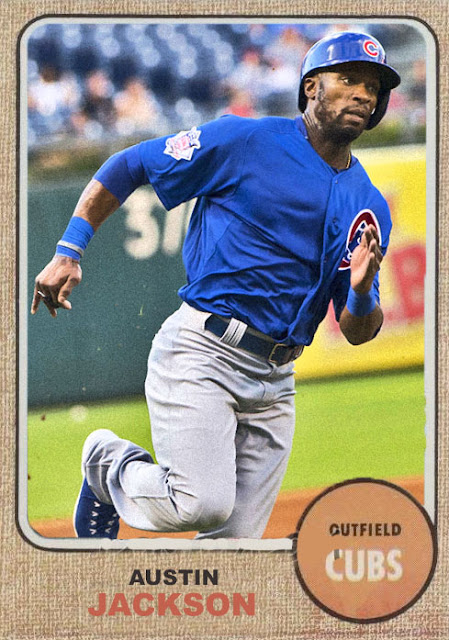 Austin Jackson began his season in Seattle, and ended his season as an outfield option for the Cubs, which is not a bad outcome for a guy who got traded for Curtis Granderson.

Coming Tomorrow- The Diamondbacks are indeed going places. We get to see some of the formula for possible success forming.
Posted by Jordan at 7:23 AM