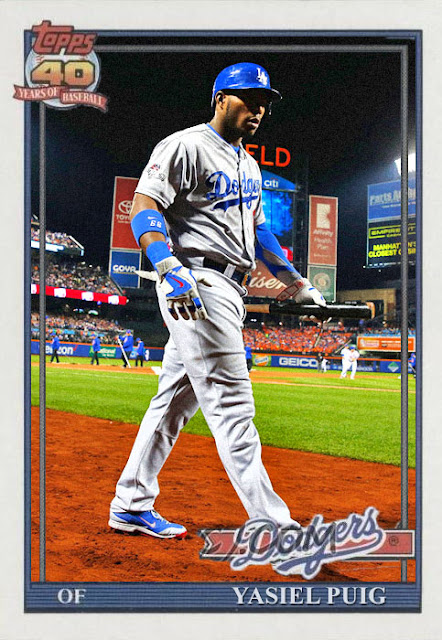 Love this card. I know Yasiel Puig didn't have the greatest season, but his postseason stuff was enough to warrant a really nice custom here. Like Puig, the Dodgers weren't 100% perfect top to bottom, but they still did a lot right, and got some stuff done in October, too. 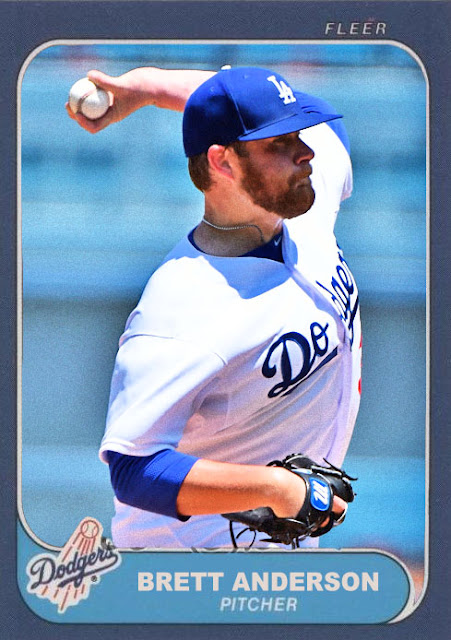 Brett Anderson had a nice comeback season in LA, becoming the third man in the rotation after it became clear that it wouldn't be Hyun-Jin Ryu this year, and did a pretty nice job of it, even staying sharp through the end of the season. 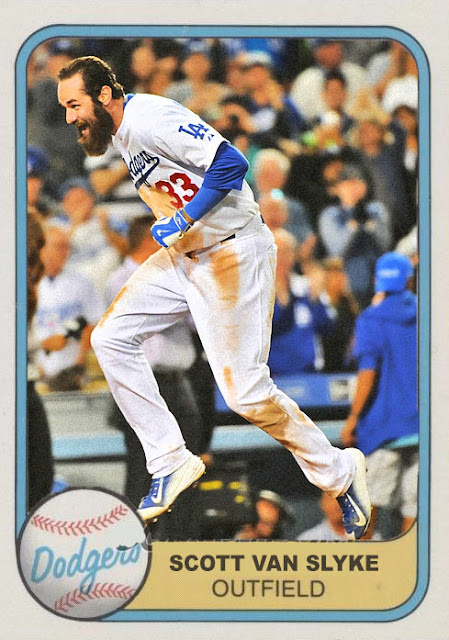 Scott Van Slyke, usually the fourth outfielder in LA, got a ton of playing time this year thanks to DL stints from Yasiel Puig, and he definitely made the most of it, getting some nice hits in there, and coming in the clutch whenever they needed him. Will probably of some use next season.

Coming Tomorrow- Spoiler alert, the Giants didn't win the World Series in 2015. But, here are one or two people who helped.
Posted by Jordan at 8:16 AM