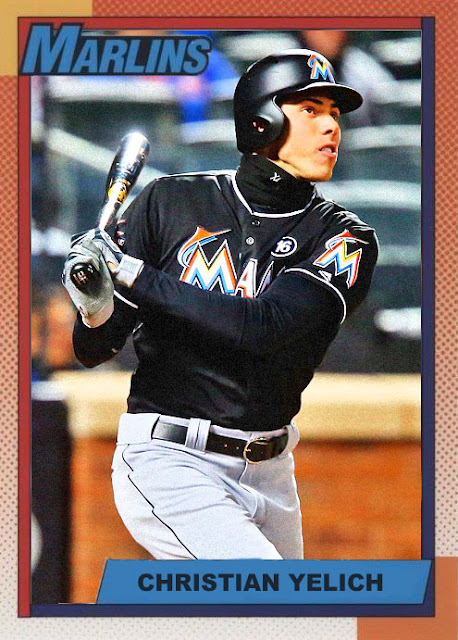 The main problem is that, with emphasis on other luxuries, the Marlins can never afford to be too good. They may have a fancy stadium, they may have funky uniforms, and they may have two W.S. titles in their short...[sigh] 25-year history, but nobody's coming to games, the payroll is small, and the big stars aren't amounting to wins. So this purge is happening, and it's not even entirely Jeter's fault (though I'm not gonna lie and say he has nothing to do with it).

It can be argued that the only reason we're at this point NOW is because the pitching dried up (and the only reason that's happened, as I brace myself for the death threats, involves a boating accident). Once the pitching staff completely bottomed-up, regardless of how well the offense was doing, the Marlins were DOA. As of now, Giancarlo Stanton, Dee Gordon, Edinson Volquez and Marcell Ozuna, some of the most important vets on the squad, have all been dealt.

What's more, the people still left on the Marlins have realized that it'd make no sense for them to stay as well. J.T. Realmuto has openly asked to be traded, and the Marlins are listening to offers. Christian Yelich, who would have to be the team's flagship star if he sticks around, has openly stated that he'd like some answers, and that he's a little hurt by all of his teammates being traded.

I really don't know what else the Marlins can do. If Yelich, Realmuto and Bour go, they'll have no stars left, and it'll be very tricky for them to do the whole 'there's youth in waiting' thing that got them through the 2006 season. This is a team that is damned if they try to compete, and damned if they play to lose. And I really wish it hasn't have gotten to this point.
Posted by Jordan at 3:13 PM