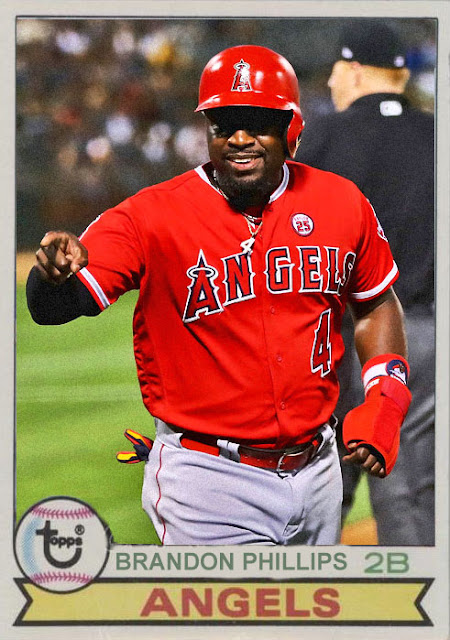 IT'S THAT TIME OF YEAR AGAIN, FOLKS!

Yes, not only is it the time I randomly pick up the blog again, BUT IT'S DECEMBER! THE LAST MONTH OF 2017, HOLY CRAP IT WENT SO FAST.

As is the standard on this blog, every day in December (except the 25th for some reason), I'll be posting players from each team who either didn't get a custom this year, didn't get a custom in their new uniform, or deserved a second custom for their 2017 prowess.

Today, we start with the Los Angeles Angels, as usual, not due to accomplishment but due to alphabet. They had an okay season. Very okay. They tried staging a late comeback with Justin Upton and the guy you see above, Brandon Phillips, who did well but not as well as in Atlanta. But they couldn't build enough momentum, and fell backwards as the World Champion Astros grabbed the division. 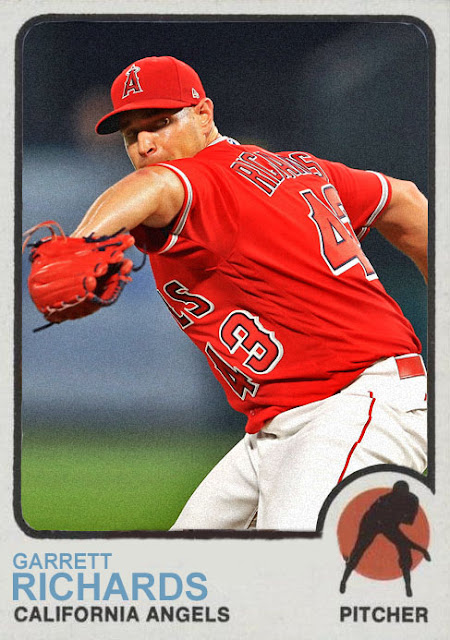 Perhaps it was the resurgence of this guy, the ace of Anaheim, Garrett Richards, that threw the Angels back into the race- Richards is a great pitcher that never seems to stay healthy. The latter half of the year he returned from the DL, getting back to his old tricks and giving Parker Bridwell an assist in the rotation. Next season, he should regain his throne if he stays healthy the whole season, which he hasn't done in a few years. 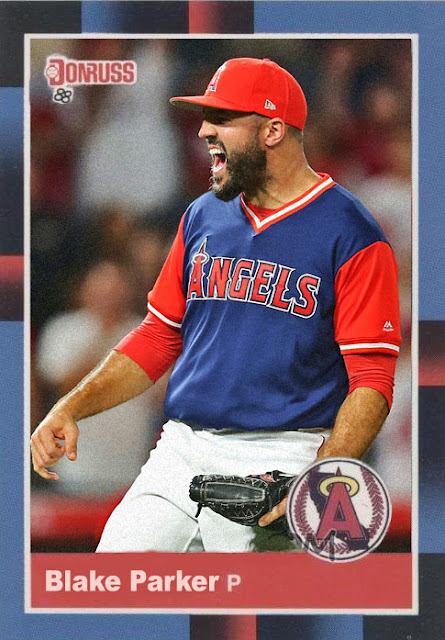 After a year of injury-prone relievers, it was Blake Parker that took the mantle and became the closer, doing a pretty bang-up job and having some great relief numbers. Expect him to take a more intense role in the bullpen next year.

Also, if you don't like the Player Appreciation Week uniforms, you're gonna hate this month. 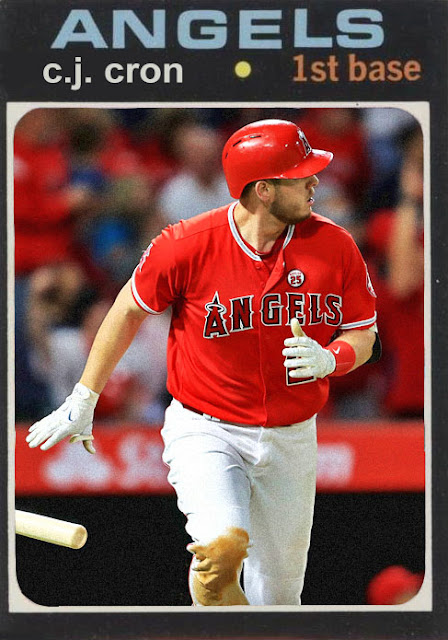 C.J. Cron had a down season, sort of succumbing to his role as a 1B-DH, as he spent a chunk of the year on the DL, and didn't have the greatest numbers (as his compatriot Kole Calhoun improved). With (hopefully) a full season in 2018, perhaps he'll improve and finally have a breakout year.

Coming Tomorrow- Already we get to talk about the World Champions. I don't have a great deal of truly new stuff for them, but enough to commemorate their fantastic season.
Posted by Jordan at 12:19 PM