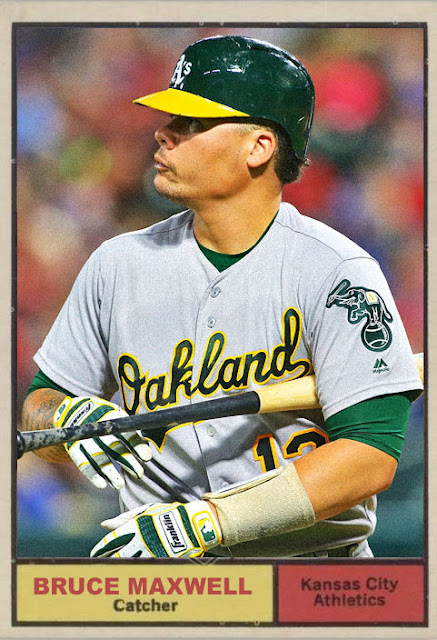 For the second season in a row, I am intrigued by the youth movement in Oakland...even if it technically negates the youth movement from last year (buh-bye, Ryon Healy). Bruce Maxwell got a catching gig, and though his numbers weren't amazing, he made some insane presents both behind the plate and above the headlines. I sincerely hope he keeps it up. 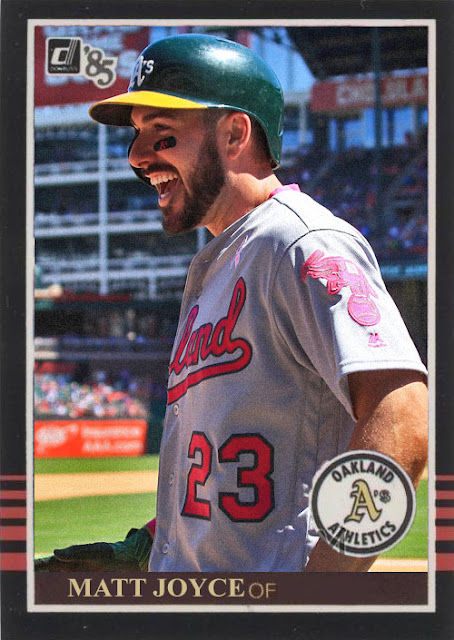 Matt Joyce, as one of the few veterans on the team, did an alright job. He didn't have the greatest season, but he was one of the few consistent bats they had to rely on, especially after Yonder Alonso and Rajai Davis left. 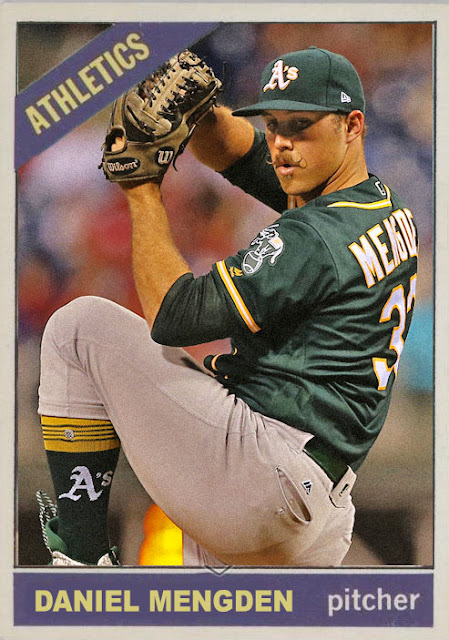 Daniel Mengden, here somehow sporting a Rollie Fingers mustache (perhaps in reverence), came into the rotation after half the young pitchers got injured, and he did...an adequate job, possibly better than last season. Not sure how he'll factor into 2018, but maybe his tail-end will garner him a 4th or 5th spot. 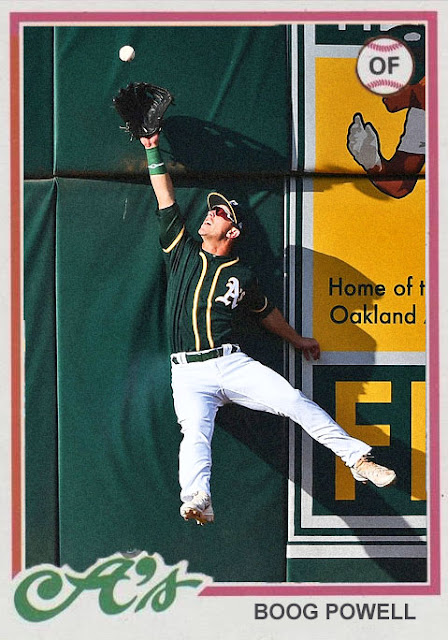 Despite still being the 2nd-greatest Boog Powell to play in the majors, Boog Powell had a nice year after landing from Seattle. He got some playing time in the latter half of the year, especially after Rajai Davis left a hole in the outfield. He's pretty good, but it'll be interesting to see how he handles a starting position. 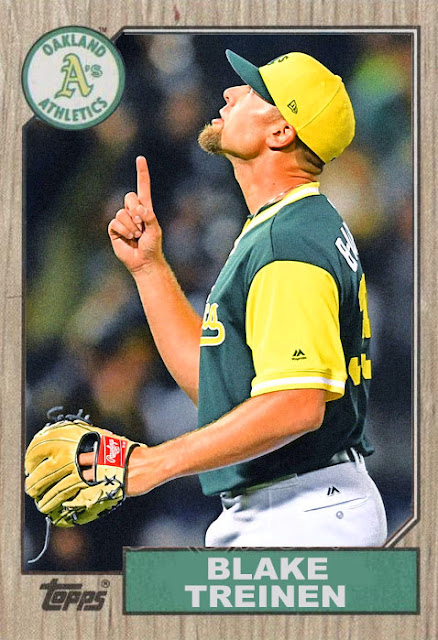 After the bullpen was gutted, and Sean Doolittle and Ryan Madson were sent to Washington, the A's got Blake Treinen in return, which worked...pretty well for them, as Treinan worked the ninth better than he did in DC. Hopefully the luck will stick around, as Oakland has been struggling with their bullpen for a while.