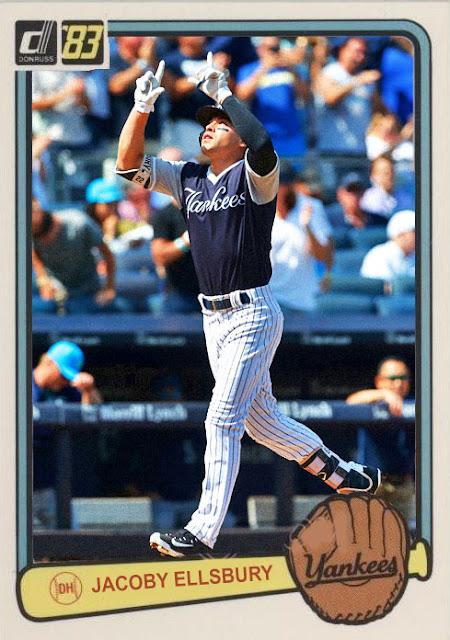 Boy, we sure got close, didn't we?

This was a Yankees team that didn't look like much initially, and looked like they'd do what they usually did this decade for a second...but then they got good, and they got good QUICKLY. By the end of the season they were red-hot, and nearly got to the World Series, if it wasn't for the infinitely better Houston Astros, who were gonna take us out no matter what.

Jacoby Ellsbury, despite his usual mid-year injury, hit well for us, eventually heading to the DH position once the Yankee outfield well got mighty thick. I'm not sure how he's gonna factor into the 2018 season- everything he's done can just be done by someone younger and healthier. 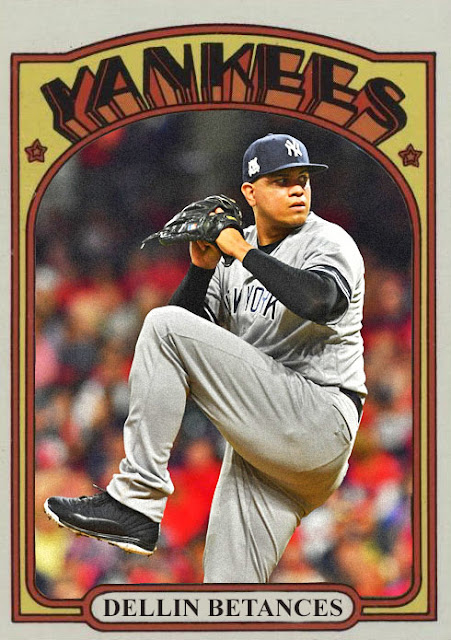 Dellin Betances had another great, ASG-worthy year as set-up man/occasional closer, and cemented his status as being one of the best relievers in the game, even outdoing Aroldis Chapman at some points. 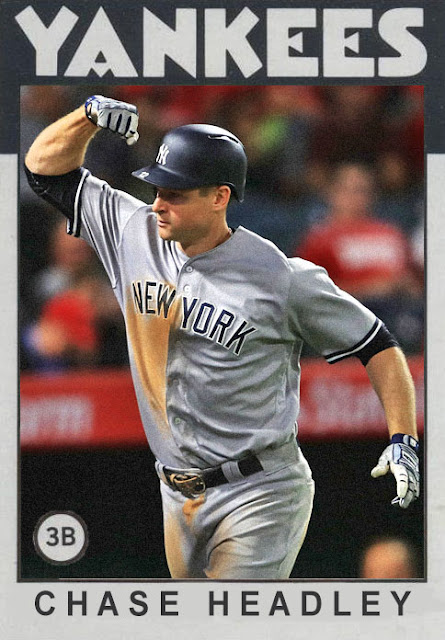 Chase Headley had moments of greatness in pinstripes this year, but for the most part, his performance bled into the usual for Headley- too inconsistent, too ineffective, not worthy of being a Yankee. Once Todd Frazier entered the picture, it was game over for Headley in New York- he's been shipped off to San Diego for Jabari Blash. 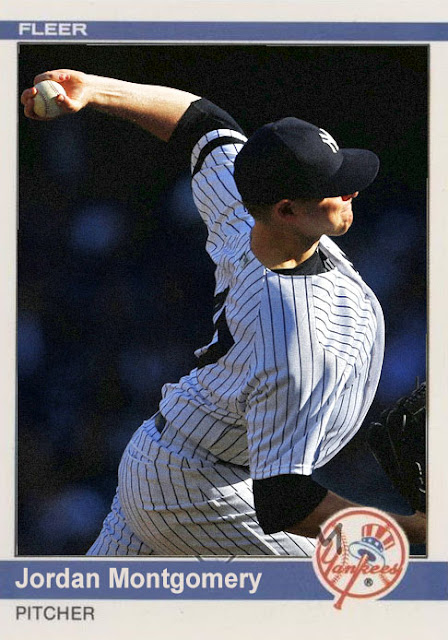 Jordan Montgomery, aka Gumby, had a pretty nice rookie season, despite bringing up the rear in the rotation. The guy had a strikeout-heavy year, with a 3.88 ERA and a 9-7 record, which was not bad at all for a guy who essentially snuck into the fifth spot. 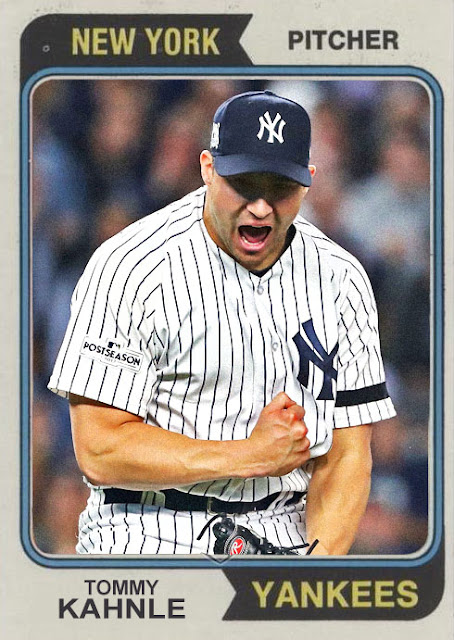 Tommy Kahnle was snagged in the Frazier deal, and gave some great numbers in relief, allowing for a great bid for what will surely be an amazing 2018 bullpen. However, his ex-Chicago cohort one-upped him... 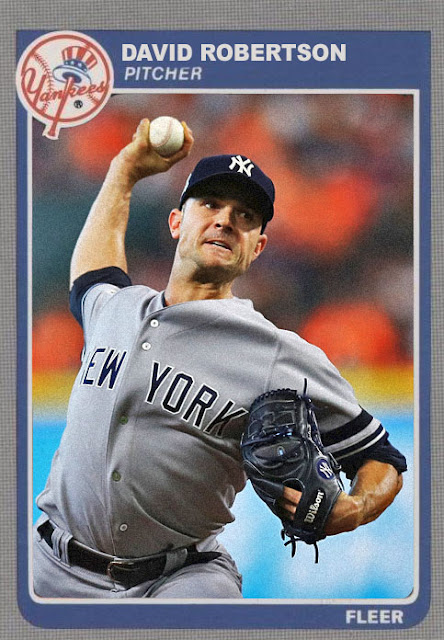 ..by having a 1 ERA and being an incredible asset in the postseason. It's wonderfully nice to have David Robertson back in the bullpen, and I'm sure he'll be a very nice tool to have next season. 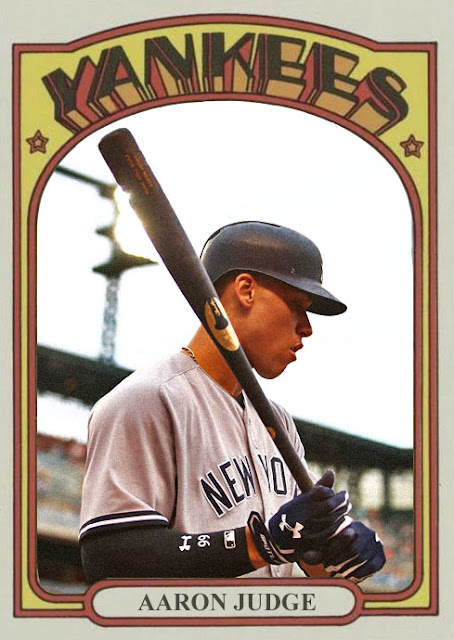 I'd be remiss if I didn't end this year of customs without saying one more thing about Aaron Judge.

This was the year of Aaron Judge, by far. The guy broke out like nobody we've seen in this city in years, with home runs right and left, some incredible plate presence, some great outfield work, and with a hero complex that's satisfying the young fans of the Bronx. What I'm saying is if Aaron Judge can do what he did in 2017 for the rest of his career, we're all gonna be just fine.

Also...I received a Yanks t-shirt for the holidays. And I was happy to find a Judge 99 on the back. Life is good.

That was this year of customs, guys. Expect more of these in Spring Training, but sporadically, as you can never tell when a good photo of someone relevant is gonna pop up. I'll try to fill the void with posts about cards, as tough as that may be. I want this to be worthwhile for you guys, as well as for me.
Posted by Jordan at 9:46 AM