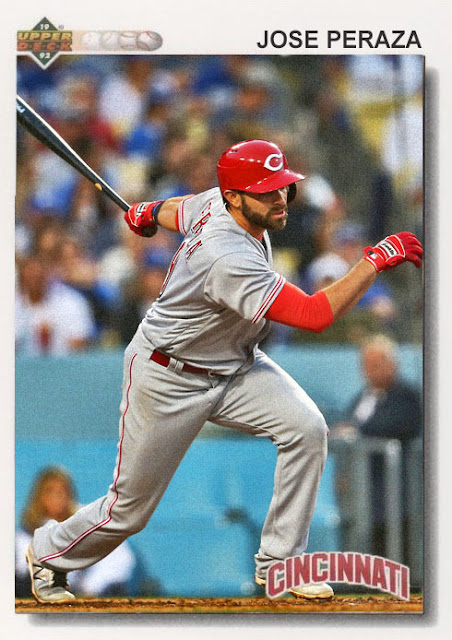 The least you can say about the 2017 Cincinnati Reds is that they were trying. The wheels were turning. The farm system was beginning to unleash some impressive people. The trouble, of course, was the pitching- the good pitchers got injured, leading to some less-than-perfect performances on the mound.

At the plate, the Reds were fine- Jose Peraza was the starter at 2nd on the year, eventually switching off with Scooter Gennett. He did...a good enough job. 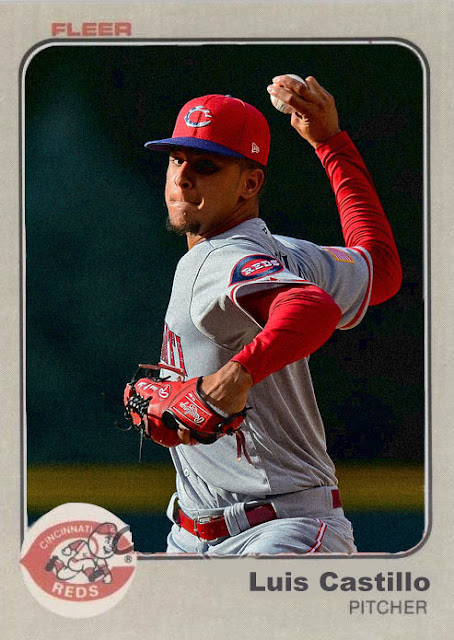 Luis Castillo was one of the few pitching rookies that went well for the Reds, as he had some nice starts and a good number of strikeouts before some DL time shortened his season. 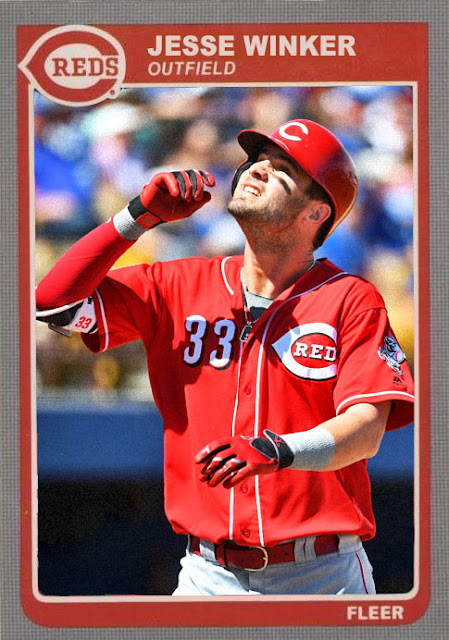 Jesse Winker also made the most of his call-up, hitting really well, and making a case for a starting position in 2017 after a gestating Billy Hamilton trade, before himself getting injured. 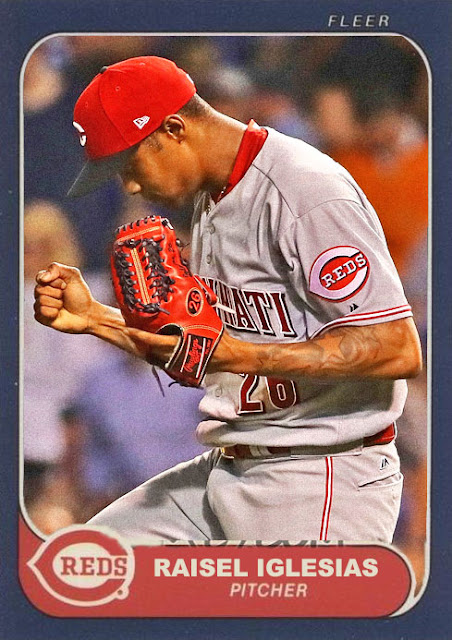 Raisel Iglesias continues to be a fixture in the ninth, still holding his own as the team closer after being deemed too wild for the rotation (sound like a former Reds closer we know?). He'll probably be  back at it in 2018, albeit hopefully with a stronger bullpen around him. 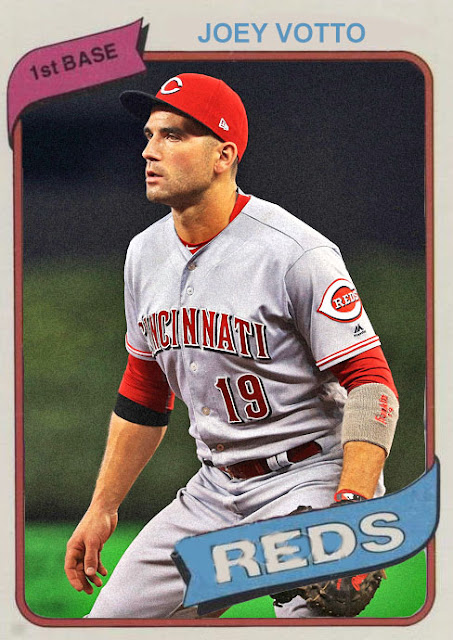 I already made one of this guy for 2017, but from the season he had, and from the leadership he's given this team, he deserved another one. Joey Votto came so close to getting his 2nd MVP, and could definitely snag another one soon. I'm not sure how long he's got left in Cincinnati, but hopefully they'll keep him around til the end.

Speaking of the end... 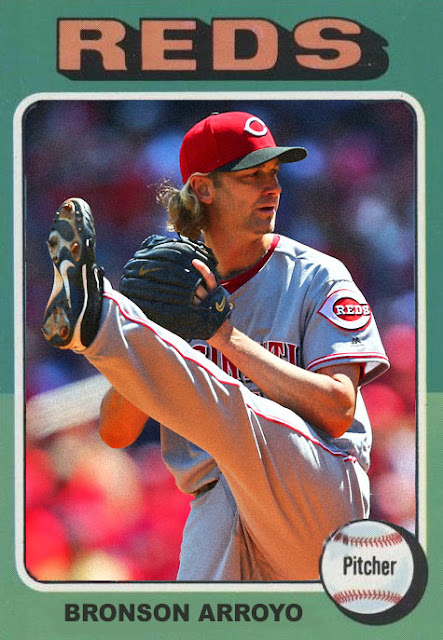 This guy, a Reds' hero for near half a decade, finally hung up his spikes after around two decades of service, and a few seasons of injuries. He had some nice starts in Cincinnati, after it looked like he was one of the few healthy options for him, but his age caught up to him, giving his finishing year a bloated ERA and another injury-laden stretch. He'll still be remembered fondly by Reds fans.

Coming Tomorrow- Nothing, as it's Christmas, but Uncustomed Heroes will be back on Tuesday with a team that got so dangerous that they nearly snuck into the playoffs.
Posted by Jordan at 5:20 PM
Labels: Bronson Arroyo, Custom Cards, Jesse Winker, Joey Votto, Jose Peraza, Luis Castillo, Raisel Iglesias, Reds