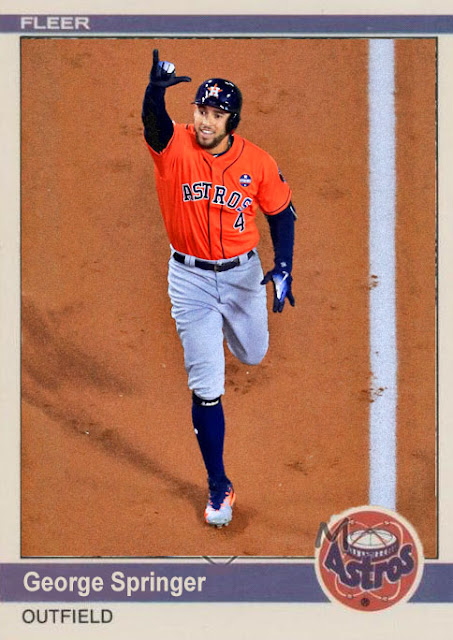 So in case you guys missed it, the Houston Astros won their first World Series this year.

To be honest, thinking about 2017, this made the most sense, and gave us a team with a strong arc that followed through across the months. It's easy to see a feel-good team fail early (like, I dunno, the Yankees), but the Astros came up strong in April and finished strong in October. You rarely see that anymore.

I'd already made a custom of George Springer this year, but seeing as he'd win the MVP of the World Series, and solidify his status as a rising star, another one seemed necessary. Mike Fiers was a well-used force in the rotation, as many of the more notable arms kept getting injured. This went...sort of well for him, at least in the first half, although people eventually figured out how to hit him, and he spent most of October in the bullpen, or on the bench. 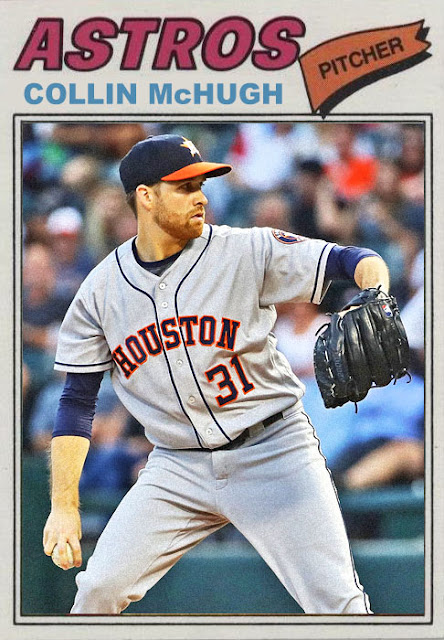 Collin McHugh returned late in the year, and lit up the rotation like he'd been waiting to. He was a trusty third-fourth arm in the rotation, seriously helping his team's cause in the World Series. I'm guessing he'll have a more impressive 2018 given another full year. 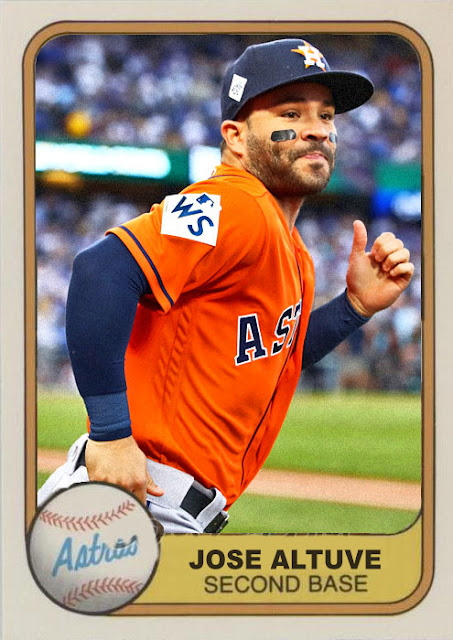 Jose Altuve had been deserving an MVP for the past few years, and I'm so glad he finally got one ALONG WITH a World Series. The guy is one of the best pure hitters in the game, he's a great defensive 2nd baseman, he's super-fun, and he's the guy the Astros centered this young team around. I'm so happy he finally got what he deserved, and I hope this isn't the end of the accolades for him.

Coming Tomorrow- They didn't do especially well, but I feel like the future's beginning to look bright for this NorCal team.
Posted by Jordan at 12:49 PM