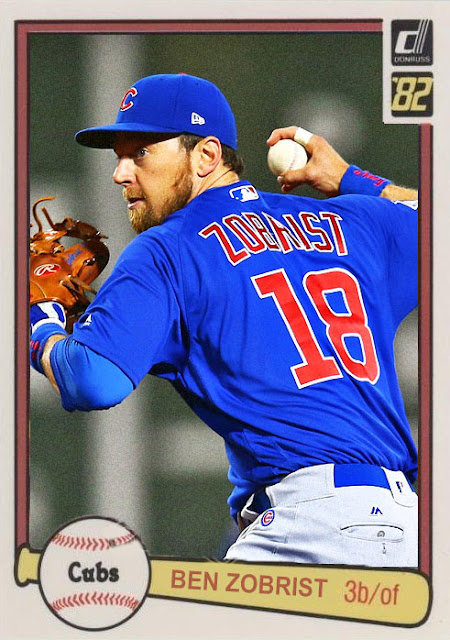 2017 was going to be a step backward for the Cubs. Everyone knew that. The good news is it wasn't particularly far back, as they've still managed to attend their third straight NLCS, even with a team that arguably wasn't as masterful as the 2016 squad. Ben Zobrist knew he was having a down season, but heated up a bit in October, giving them some important RBIs along the way. 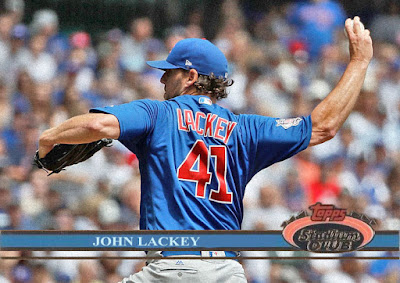 I don't know why, but even as Lackey's been wearing blue for two years now, the image still looks really strange, especially on a 91SC card. Maybe it's because he made a career out of playing for red teams. It's kinda like Jack Morris' cards as a red. Jarring.

Anyway, Lackey's year wasn't as strong as his 2016, and he's likely going to retire, but he still did well enough for the Cubs to keep the fans' goodwill. 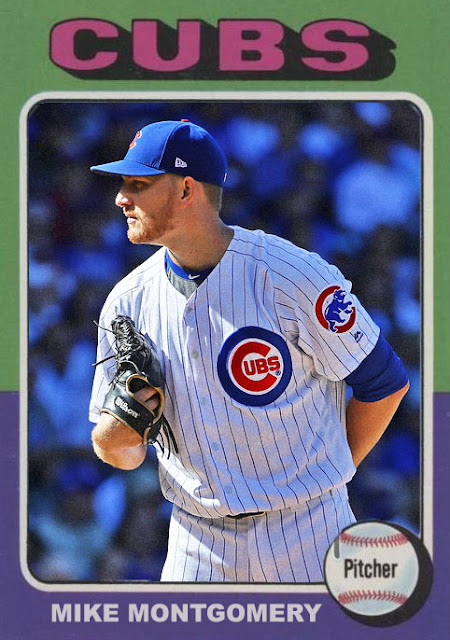 Mike Montgomery was there for the final out of the World Series last year, and he continued the work in relief, and occasionally in the rotation. He's a nice versatile arm the Cubs have been using (in lieu of Adam Warren's departure), and he'll possibly make a bigger move to the bullpen as the Cubs solidify their 2017 rotation. 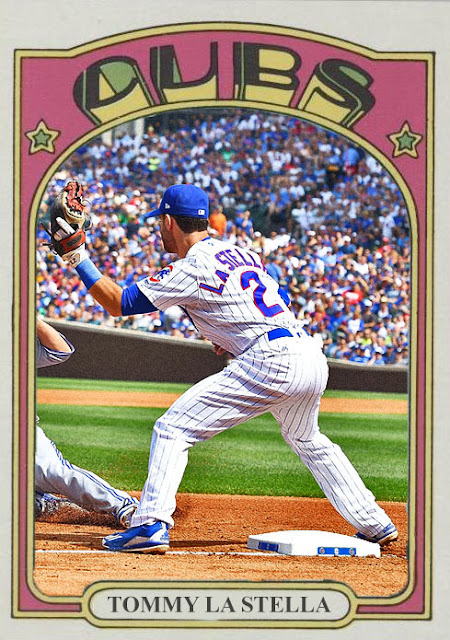 In 2015, the Cubs' Bench Player Extraordinaire was Chris Denorfia. In 2016, it was Matt Szczur. In 2017, the bench player that did the most consistent amount of damage was Tommy La Stella, taking some time in the infield as several starters got injured, and keeping his bat close behind. 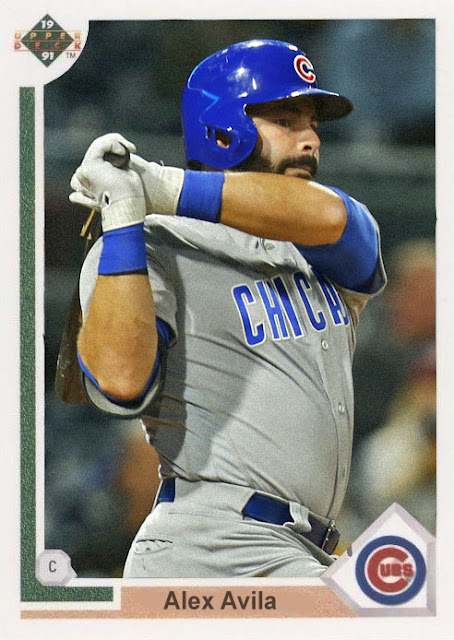 Alex Avila was a late-season pickup from Detroit, coming in as a replacement for Miguel Montero as the prominent backup, and he did pretty well as a lineup presence, making up for his okay defense. Not sure if the Cubs will keep him around, but he was pretty fun in the clutch.

Coming Tomorrow- They finally made an impact, after years of storing prospects and warming up. Now they're for real, and they might actually clinch the NL West next year.
Posted by Jordan at 2:26 PM