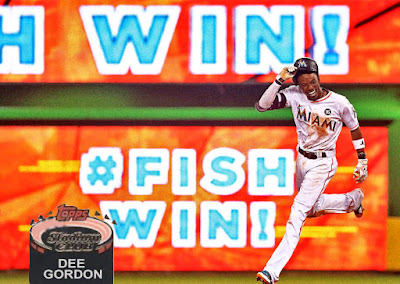 It's that time of year again- a team trades for someone who's predominantly played two positions and try to get him to convert to a third one, which he's never played, as they have two insanely good players at both positions he's proficient in.

This time, it's the Mariners, and the player in question is Dee Gordon. Dee's had a nice run of seasons in Miami (steroids notwithstanding), but he's only played 2nd base and shortstop. The Mariners have Robinson Cano and Jean Segura, therefore...they got Dee for his bat, not his defense, which is odd because he's pretty good with both.

So, the M's are gonna attempt to convert Dee into a centerfielder. With Ben Gamel, Jarrod Dyson and Mitch Haniger all still doing well, plugging an established star into that formation, albeit one who hasn't played the outfield, is odd, but the Mariners know that they're doing apparently.

At least the move makes sense offensively, as it adds a steady bat to a lineup that's in need of versatility, with a ton of home-run friendly players and not a ton of hits guys (though Dyson and Segura are starting that trend). Dee will hopefully a.) behave, and b.) continue his consistency in Seattle.

Besides, the Mariners are still in the race for Ohtani, and are expecting HUGE THINGS FOR 2018, so maybe Dee Gordon will be one of them.
Posted by Jordan at 10:50 PM