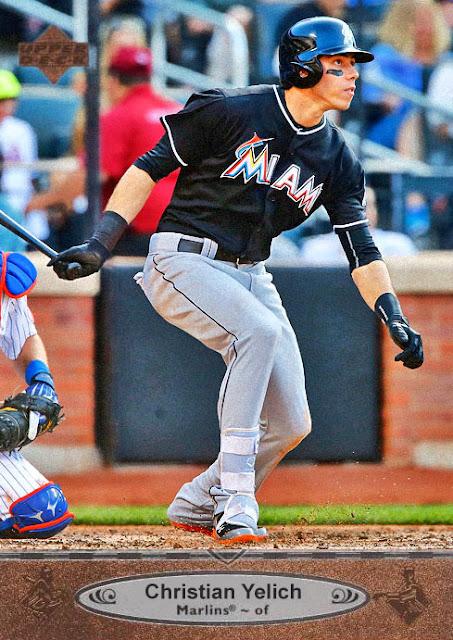 Nobody thought that the Marlins would end this season in last.

Which is why it's kind of nice that they didn't.

I'll say that the story of the 2015 Marlins is a disappointing one, as everybody they were riding on got injured (except, basically, for Dee Gordon), but it least they found out how deep their farm system goes. Justin Bour got a starting job. JT Realmuto kicked Jarrod Saltalamacchia out of town.

Least surprisingly, this has been a pretty nice year for Christian Yelich. He's already had a few really solid hitting years, and he's one of the few players in Miami that hasn't especially lost complete control yet. He's had consistent seasons, and this year is no exception, batting a solid .285 and keeping the team on track with a high WAR. Additionally, he has the second-most stolen bases on the team, second only to Dee Gordon, of course.

I have no idea what the Marlins will be next year. Sure, Stanton will be back, but is it going to be anything resembling a step up for them? You can never really call it. There are two teams in the front, and two teams in the rear, and right now the Marlins are in the middle. They're in danger of falling back with the Phillies, because the Braves could be an improvement next year (COULD...BE...)

Christian Yelich needs to be a forerunner here in a potential 2016 Miami renaissance, or else he'll have to make a name for himself somewhere else.

Coming Tonight- He was saved from a bottoming A's roster, and put onto a team that might have what it takes to go the distance...again...only win this time...
Posted by Jordan at 5:25 PM
Labels: Christian Yelich, Custom Cards, Marlins