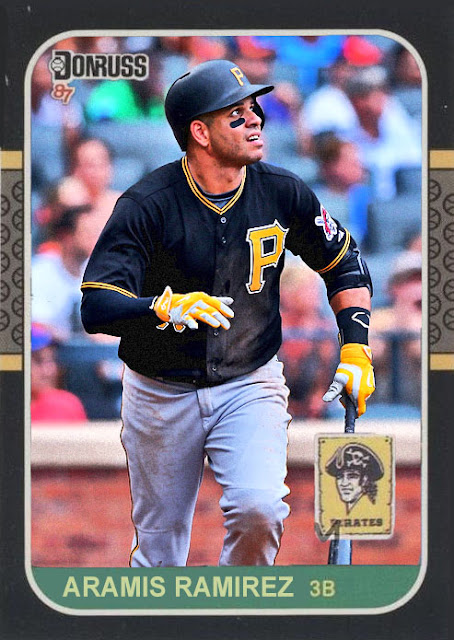 Man, you have no idea how long people have waited to see this.

And no, I'm not talking about Aramis Ramirez back on the Buccos.

You see, the entire year the St. Louis Cardinals have been on top, not only of the NL Central, but on top of the MLB. They have hoisted themselves up to the very top rung of this ladder, and for all this time they have refused to come down.

Yet now...they're just beginning to run out of steam, having a very down week. And it's just in time, because the Pirates, a team that has become stronger with every passing week, are just 2 and a half games out of first place.

The Pirates have all started hitting at the same time, especially Aramis Ramirez, back for his final semester in the bigs. But Josh Harrison, Frankie Cervelli, Andrew McCutchen, Jung-Ho Kang and Starling Marte are ALL hitting, and the team is moving mountains right now. They're even getting Michael Morse to hit pretty damn well off the bench.

Bottom line is if the Pirates overtake the Cardinals for the NL Central lead, the entire league would explode. Dethroning the Cardinals, especially now, is a pretty big deal. Which is why the Pirates need to do it in a big way. They're about to start a 4-game series with the Cubs, and that's gonna be pretty tough on its own. So they really need to out hit the Cubs, because this is an opportunity that might not come around again. And they need to take advantage of it before it slips away and wins another world series. If the Pirates take the first seed, that means the Cardinals will have to play the Cubs, and that could be a pretty tough matchup. But something tells me this will come down to a Cardinals-Pirates NLDS, and whoever has kept the most momentum will be the team to beat, which is why the Pirates need to stay hot.

I know the Pirates can pull this off. Which is why they absolutely need to.

Coming Today or Tonight- One of the commanding arms currently facing off in the Battle of Texas this week.
Posted by Jordan at 9:51 AM
Labels: Aramis Ramirez, Cardinals, Could this seriously be happening?, Custom Cards, Pirates