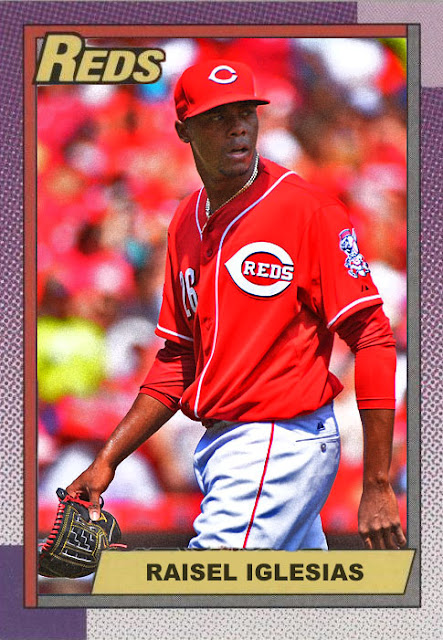 But in terms of their future...naw, far from it.

The Cincinnati Reds have a ton more than most last place teams are boasting right now. They have people like Joey Votto, Jay Bruce, Brandon Phillips, Todd Frazier and Billy Hamilton, all of whom are playing pretty damn well. Their offense needs some retooling, for sure, but they are the guys doing things right. Votto is gonna end the year with a ton of home runs, like he should. Frazier's gonna go high in the MVP voting, that's for sure.

What they need to work on, however, is their pitching. Their surefire arms are gone. All they have left is a couple of young guys who give up runs, and Raisel Iglesias, who has been wonderful his last few starts, and could definitely be the next Johnny Cueto. They need to either refine the guys they have, or bring up some new blood and work with them, because the pitching is going to keep them in last.

The Reds, if they hold onto what they have, have the makings to be a potentially great team sometime soon. They just need to build on their stuff, or else Aroldis Chapman could be pitching for the Rangers by this time next year.

Coming Today/Tonight- His Angels may be something resembling dead, but he's still had another great season as their ace.
Posted by Jordan at 10:05 AM