The Giants Sprung a Leake (but actually did pretty okay!) 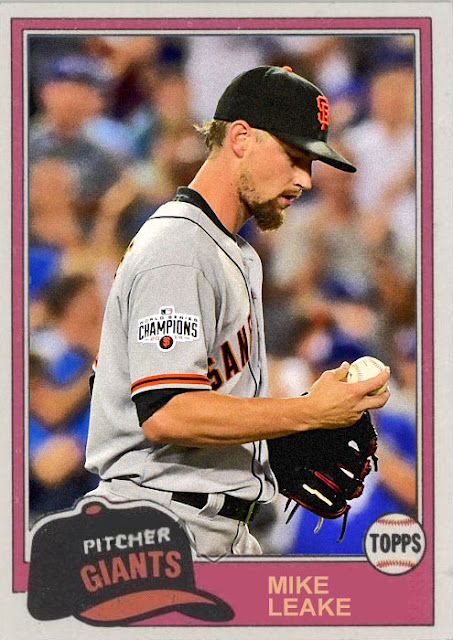 I feel like all of today was dedicated to hailing dead teams. First the Reds. Then the Angels. Now the Giants. These guys are the most alive of these dead teams, because if it weren't for the Cubs being WAAAYYY out in front, they'd have a shot at a Wild Card. But nope. Such is not the case.

I do applaud los gigantes for their valiant effort, getting people like Mike Leake, Marlon Byrd and Alejandro de Aza from other teams for a potential playoff run....one that probably isn't happening. And it's a shame, because the Giants actually had a really nice team this year. Their infield is a pretty amazing one, too. Brandon Belt, Joe Panik, Matt Duffy and Brandon Crawford are all young and really good, and if they stay together they'll be amazing. Plus, Buster Posey's had another MVP-caliber season, and Nori Aoki is making a case to actually stay on a team for more than one season.

So why did the Giants end up in the 'juuuuuuust missed it' position in the NL? Well...the momentum that they had this season could not last for the whole season. They lost some pretty important matches, and couldn't take advantage of a lead on the division. The Dodgers, meanwhile, are overall stronger than then this season in a lot of the important categories.

The Giants would also be a wild card team ANY OTHER YEAR...just not this one. The Pirates and Cubs are just too good to miss the cut.

Matter of fact...and this is controversial, but i'm goin' ahead with it anyway...the 2015 Giants are a better team, a tighter team, and a better playoff team...than the one that just squeaked into the playoffs last year.

So yes. A team that is missing the playoffs this year is, in my opinion, a better overall team that one that snuck into the playoffs and won a World Series.

Baseball is a crazy sport. Being good and winning one year...being better and losing the next. It's all so cruel. But it's worth it. Besides...next year's an even year. The Giants must love that promise.

Coming Tomorrow- One of the two rookies that are currently making me think the Yankees might actually have a shot this postseason.
Posted by Jordan at 11:50 PM
Labels: Custom Cards, Giants, Mike Leake, obscure references, Tom Waits