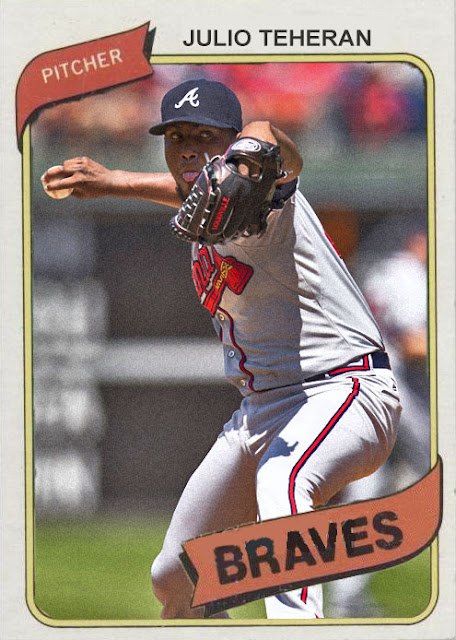 (Yes, I know I spelled it 'Barves' on the title. I'm allowed to reference my influences every once and a while, aren't I?)

The guys that made them great last year are all gone. The pitchers that all came up in the system are either injured or toiling on somebody else's DL. Julio Teheran and Freddie Freeman are the only real people who stuck around, and both are trying to stay off the DL. The closer they grabbed after giving away Kimbrel, Jason Grilli...he's now on the DL! The guys that were hitting this season, like Jonny Gomes, Kelly Johnson and Juan Uribe, have all been traded away.

This is a sad looking team that is falling further and further from the rafters.

I mean, I can say that people like Cameron Maybin or AJ Pierzynski are doing well, but it's not likely that either of those guys will still be around come next year. It needs to ride on Andrelton Simmons, Julio Teheran and Freddie Freeman. Those guys are the youth, and they need to be strong. And when they're not...there isn't much left.

I hope the Braves can eventually reform the farm system, because that is where the power needs to come from. They need to rebuild from there, or else they're gonna have more cookie-cutter years like 2015 when half the roster was imported from the dregs of other rosters.

The Braves deserve better than this. I wish they'd be able to do more.

Coming Tomorrow- He may not be the holder of the 'Best Pitcher in Baseball' rank anymore, and his team may be circling last, but you can't deny that the guy can shut down batters like nobody else.
Posted by Jordan at 9:12 PM
Labels: Braves, Custom Cards, Julio Teheran