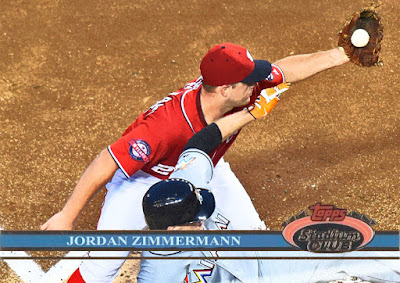 The Nationals, I think got very unlucky at the exact wrong time. Yeah, they had a really nice season, and are one of the standouts in the NL east, but they only made one move at the trade deadline, and it was for a position that was already filled. So the Mets had every right to take advantage of that.

The Nats, even if they fell apart, still had some definite highlights. Their pitching staff was, as usual, awesome this year, thanks to performances from Max Scherzer, Stephen Strasburg, Gio Gonzalez and the guy above, giving another really nice performance, and proving that he's been the real ace of the Nats, not Strasburg.

I think that, in 2016, the Nationals need to have a huge year, because the pieces are there. They need to refine what's already strong, and maybe make a few supplements, because they have a cohesive unit. The problem is people either get cold or get injured at the wrong time. If they all stay together, and healthy, we could be talking about a big team in 2016.

Jordan Zimmermann could be a big part of this if he has another great season, which he definitely could, given his success over the last few seasons.

Coming Tomorrow- The outfielder for the Royals who, despite an injury, has helped this team become the offensive behemoth it is now.
Posted by Jordan at 11:02 PM