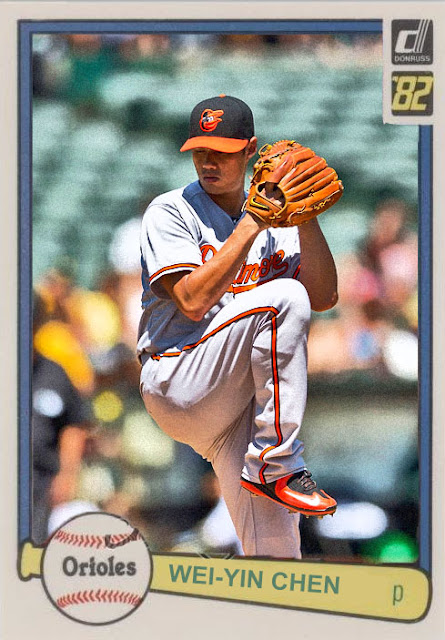 They were the talk of the majors. They were inches away from making the world series. They had a team that made people love baseball again. And now...they have less of a chance than the Cleveland Indians of making the playoffs.

I hate it when a team with a ton of potential just completely bottoms out, and I hate it even more when it's the Orioles. I have a major soft spot for the Orioles, because I went to a ton of games at Camden Yards as a kid, with some family friends. I got to see Cal Ripken play, and I got to see the Baltimore staff tout Tony Batista as the next Cal Ripken...which he definitely was not.

So when a team where people like Wei-Yin Chen and Adam Jones are playing so damn well, and nothing's coming of it...it makes me sad. It makes me sad for O's fans, because they were literally right there in the race last year. If it weren't for the Royals, then the Orioles would have easily won that world series.

Still, Wei-Yin Chen has been pitching really well, and making a case for his longevity in Baltimore. Hell, they've even gotten some good starts out of Ubaldo Jimenez, a guy whose career was basically pronounced dead last year. So good things are indeed happening in Baltimore. Just not enough of them.

I really hope they can retool things to have a stronger 2016, because I love this team, and wish that better things could happen to it.

Coming Today- The Braves had most of their progress traded away. At least they've got this guy, who's finally pitching some gems out there.
Posted by Jordan at 9:57 AM
Labels: Custom Cards, Orioles, Wei-Yin Chen