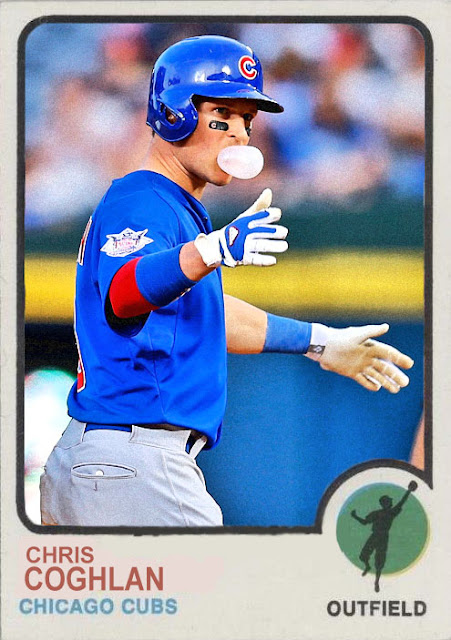 in 2008, Sports Illustrated ran a cover with Kosuke Fukudome on it. They put some fancy little Japanese characters on that cover, which translates to 'It's Gonna Happen.' The 2008 Cubs were so promising, thanks to people like Derrek Lee, Geovany Soto and even KosFu, that people thought they were a legitimate World Series threat in 2008. In reality, the Dodgers kicked their ass in the NLDS.

In 2003...people thought the same thing. SI had another cover, with Kerry Wood and Mark Prior, saying, basically, 'these guys could be pitching in the World Series'. And they got extremely close, I might add. That team very well might have been a great WS team. Sure, they would have gotten shellacked by the 2003 Yankees, but they could have made a wonderful matchup. Instead, they got screwed by one of their own fans, and lost that critical NLCS game to the Marlins, who ended up winning the whole thing.

It's been seven years. And the Cubs, while not the out-and-out overall favorite, and not the top seed, are getting the same comparisons. They're amazing. They're fun. They've got depth. They could win it all.

I mean, I'd honestly love for the Cubs to win it all this year. They're so much fun to watch, and they have enough talent for that to be considered a very nice possibility. Only problem is they're going in, most likely, as a Wild Card optional, and will have to play either the Cardinals or the Pirates (if the Cardinals hold onto their lead), and then will have to play the other one anyway. Any way you look at it, it's going to be tough for them to get around this.

However...they have a lot of opportunities to be truly great this season. I'm not sure if they're gonna get all the way, but I think they'll get very close. It would be really nice if they made a strong run this year, and get far enough that their presence is known. I think they can do it. I'd love for them to.

I may just be very sentimental because I saw these guys play really well when I saw them in July, but this is a team that deserves great things to happen to them.

Coming Tonight- Oh, no! The Astros are in danger! If only there was some awesome pitching that could do something about that!