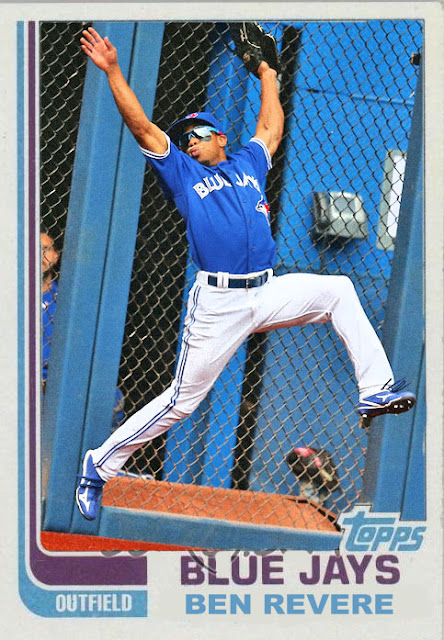 Who could stay mad at somebody as awesome as THAT GUY?

This guy was one of my favorite Phillies for a good year or so back there. He was fun, he was quick, he hit for average, and he did his job. And BECAUSE he did his job...Amaro traded his ass to the Blue Jays.

Which is why I'm happy Amaro is gone.

Ben Revere has, so far, been doing really well for the Jays, being an outfield standout and getting a nice amount of hits. I can't really hate the guy, because he'll be a Phillie in my heart forever. I just hope his team does well enough this year that he can be happy about it.

Coming Tonight- The Nats may be out of it, but at least they have this guy pitching pretty well.
Posted by Jordan at 3:02 PM
Labels: Ben Revere, Blue Jays, Custom Cards, Phillies