Well, at least the Indians tried... 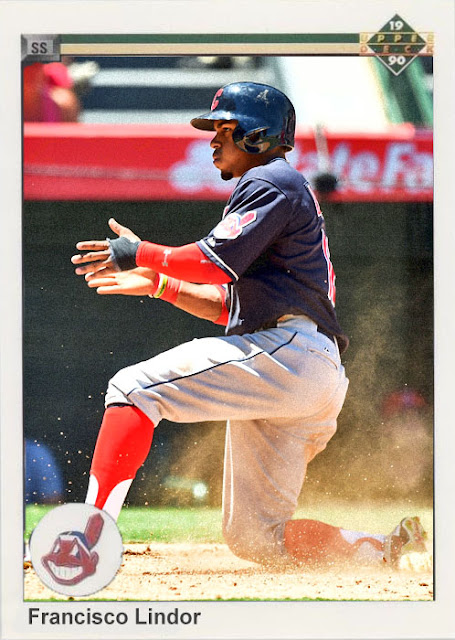 There was a lot of progress going on this season, especially in the pitching staff. Plus, they got rid of some contracts around the deadline and became an even stronger, more cohesive unit. So there was a ton of progress going on, especially during the second half. When the Tigers completely collapsed, the Indians took full advantage of that, and came close to lapping the Twins.

I just feel like they just didn't have enough to completely dominate a division, or a WC spot. They were really good this year, but can retool their team into a playoff contender for 2016.

Francisco Lindor will likely be leading that charge, as he had a breakout season, and brought his A game to nab the starting shortstop spot, which he deserves. Him and Kipnis make a really nice middle infield, too.

Something good will happen in Cleveland, and it will likely happen very soon.

Coming Tomorrow- The outfielder who we all thought was the next Bob Hamelin...until he joined the 2015 Cubs.
Posted by Jordan at 9:58 PM