Severino of the Universe 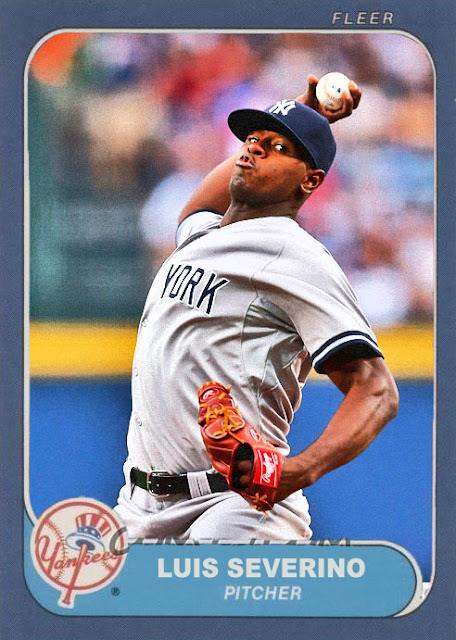 (Yeah, I'll admit that the pun there was a bit of a stretch.)

So the Yankees, and i'll even admit this, aren't necessarily the team to beat this playoff season. Assuming they get in, which is pretty likely, they will have to play in the Wild Card game, which is pretty high-stakes enough. Then, if they win that, they'll have to play five games with the Kansas City Royals, one of the most lethal teams in the AL.

So what I'm trying to say right now is unless the Yankees become inexplicably hot...they're pretty screwed.

Sad, too, because a lot of things about this team really work. A-Rod's had a spectacular season, Didi Gregorius has managed to have a pretty great season at shortstop, the outfield is hitting, and the pitching is pretty strong. Plus, Luis Severino and Greg Bird's call ups were the smartest things the Yankees did this year, because both of them have been absolutely astounding.

People knew how good these guys were, and it was the kind of thing where they've been waiting in the wings for a few years, and people were just waiting them to get up there and be amazing. And so far, they've been pretty excellent. Granted, there have been a few call ups, like Slade Heathcott, Rob Refsnyder and Mason Williams, that haven't amounted to much, but they'll be a lot better down the road (hopefully).

Bottom line is that the Yankees have a lot of potential, and a lot of good left in them. The predictable assumption is that they'll have a very short playoff run this year. I, however, am hoping they have enough momentum going to be a truly great team, and run as fas as they can go into October. It's risky, it'll be tough...but wouldn't it be nice if it happened?