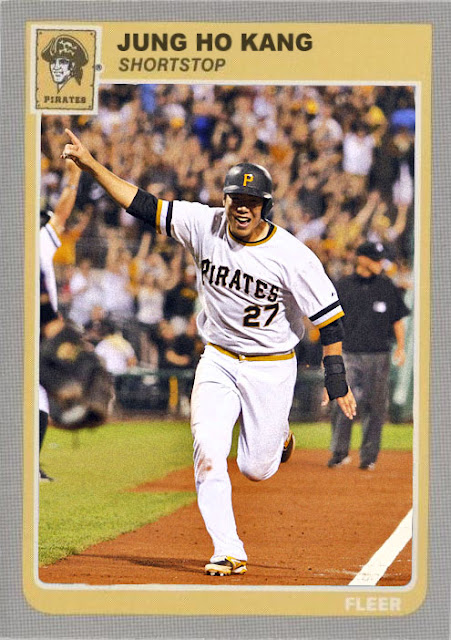 Man, these guys have to be the most powerful team to ever spend most of the season in second.

I mean it. There is so much talent packed into this team, so much power and speed and good pitching, that it's kind of sad that they'll likely be playing in the wild card game next month.

Look at Jung-Ho Kang. Thanks to Jordy Mercer's injury, he got a starting job as a shortstop, and has been playing wonderfully so far, along with a surprisingly strong infield of Aramis Ramirez, Neil Walker and Pedro Alvarez.

Kang's probably going to get a ton of votes for ROY, and while it's very unlikely that he'll get it, one cannot deny the effect he's had on the Pirates. He's made an already-strong team even stronger.

I dunno if the Pirates will be as good this postseason as I want them to be, but I'm hoping they can finally have an awesome playoff season.

Coming Tomorrow- Speaking of shortstops, one that plays for a team sliding out of the race.
Posted by Jordan at 11:41 PM
Labels: Custom Cards, Jung-Ho Kang, Pirates