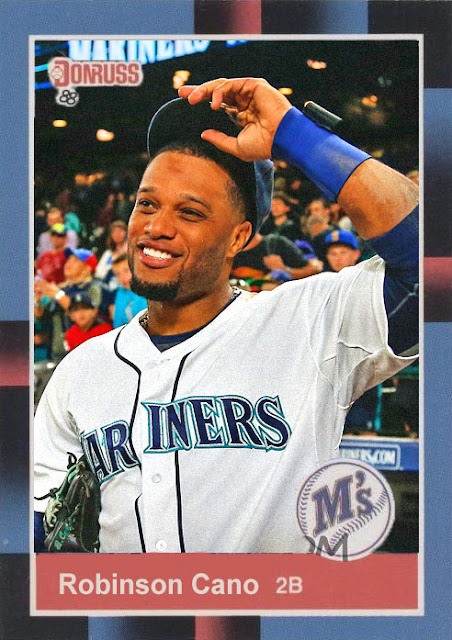 The guy spent the first half of the season ailing, not playing his best, not hitting. Did that stop him? No!

He instead took the last half of the season to fight back, to return to his hitting highs, and to reclaim the fan base, just when they were getting comfy with rooting for Nelson Cruz.

I'm just excited that he's back to playing like he did last year, because the Mariners need someone like him. He's quick, he hits well, he's a great defensive second baseman, and fans love him. Even if the Mariners are tanking, somebody like Cano is a great leadership figure, and I hope he stays around for a while.

Coming Tomorrow- The first baseman for the Giants who's helping his team stay alive...for now.
Posted by Jordan at 8:33 PM