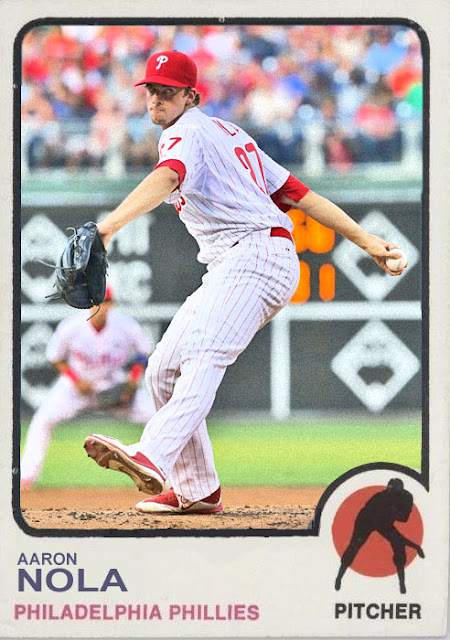 Right now the Phillies are back-pedaling. They've been through countless starters in the last few months, have gone through injuries, have had their best players traded away, and are definite last in their division. They couldn't possibly be in a worse place.

Which is why they're awfully lucky they have somebody like Aaron Nola coming around and pitching great games.

I swear, they picked the exact right time to call up Nola, because it was right when they traded Hamels, and they were reeling in the rotation. Williams was hurt, Harang was horrible, Matt Harrison was not an option, Phillippe Aumont decided not to throw strikes, and Chad Billingsley did what he did best; he got injured. This rotation became a mishmosh of players who were once really good on other teams, but ended up in Philly. Plus, Cliff Lee's still on the DL, and I don't even know if he's coming back.

Aaron Nola, thankfully, has been giving that rotation the boost that it has so desperately needed. He's been strong through his first few starts, throwing strikes all throughout and he's helping the team at least win some games here and there. I can see him being the next Cole Hamels, potentially leading the team out of fifth place. I at least hope that can happen.

Coming Tomorrow (or whenever): One of the fearsome pitchers for a team that really needs to beat the Blue Jays this week.
Posted by Jordan at 8:31 PM
Labels: Aaron Nola, Custom Cards, Phillies