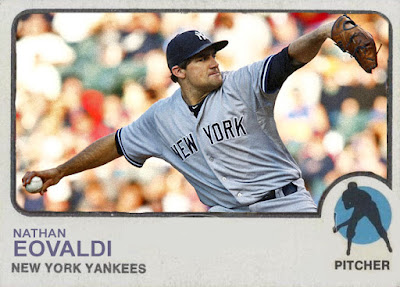 You all feared this day wouldn't come. But, it has. not only are the Yankees really good again, but they're neck-and-neck with the Blue Jays for the AL East title.

You know this is a good team when injuries can't even stop them. Mark Teixeira's injured? P'Shaw. Greg Bird, the first-baseman of the future, is in there, playing first like an absolute pro. CC Sabathia's lost complete focus? Then get Luis Severino to get in there and start mowing down batters. The team's developed so much depth that even the people they play every few days are terrifying. Chris Young's been playing well. Brendan Ryan's been playing well. This team has the depth of a classic playoff team.

Plus, their ace this year happens to be Nate Eovaldi, which would be alarming any other year, but here he's had remarkable luck, and has been pitching some great games, aided by some amazing run support. He may not be the best pitcher on the team (hardly), but he's got some nasty stuff, and has the best record of any Yankee pitcher thus far.

When Tanaka, Eovaldi, Nova, Severino and Pineda are all pitching well, and the offense is growing at an alarming rate, the rest of the league has a reason to be worried. Especially Toronto.

Coming Tomorrow- Somehow his team's in third. Which...isn't saying much, as his team's way out of the playoff race. But still, he's a great outfield bat for a team whose main bat is on the DL.
Posted by Jordan at 8:51 PM
Labels: Custom Cards, Nathan Eovaldi, Yankees