Keep an Eye on the Dodgers 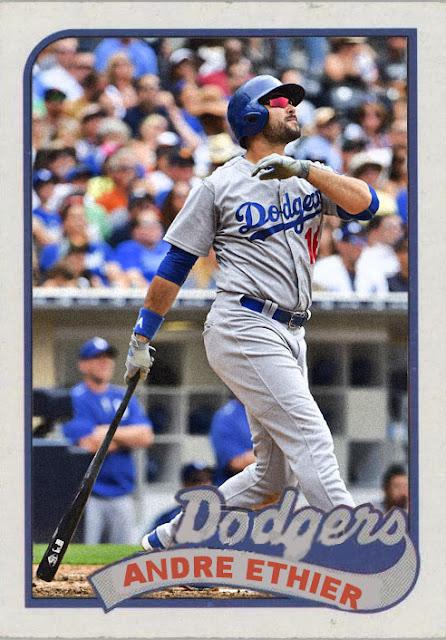 (I considered at one point calling this post 'My Pennant Winner with Andre'. I also considered not calling it that. Be thankful I went with the latter consideration)

Every year the Dodgers make it to the playoffs, which has been several of the last few, there's always been talk of them getting very far in, and then nothing ever really materializes, which is sad, because they've been a perennially great team.

Well, even on the eve a potential Mets-Dodgers NLDS...I am saying, confidently, that the Dodgers can actually accomplish something anymore.

You see, I do think that Mets-Dodgers will be an incredibly tough matchup. However, there is a way that it doesn't have to be Mets-Dodgers.

Say, for instance, that the Dodgers can get hot enough to be within reach of the first seed. Right now they're at 83-60. The Cardinals are at 89-54. The Pirates could be there soon. If the Dodgers stay hot, and the Cardinals stay cold, they could be remarkably close to a first seed.

I'm not even whistling. It could happen. This team has enough offensive power that it's not too much of a stretch. Look at what Andre Ethier's been doing this season. Look at Adrian Gonzalez. Look at the bench players. This team could actually get places, and this is a team that doesn't deserve a very predictable Mets-Dodgers matchup.

I really want the Dodgers to get somewhere this season. By any means necessary.

Coming Today- I was supposed to post a Tulo custom today, but, you know, he went and got injured again. So I get to post a player on the Jays that I actually like.
Posted by Jordan at 9:00 AM
Labels: Andre Ethier, Custom Cards, Dodgers