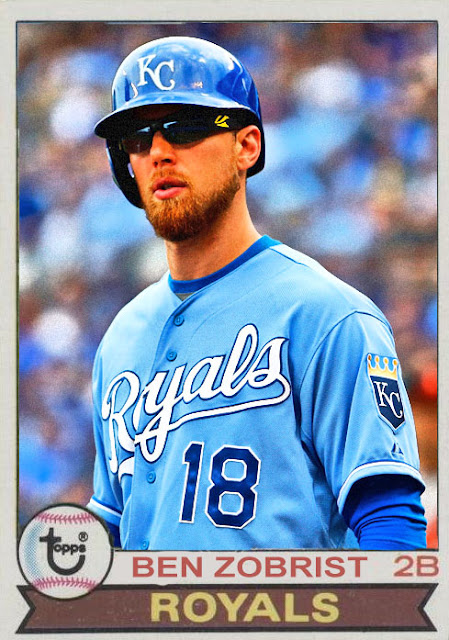 When your choice for a second baseman includes Ben Zobrist and Omar Infante, chances are you're doing things pretty right.

Ben Zobrist was added as a supplementary second baseman in Kansas City, and he's been promoted to startership since the Royals figured they COULD do better than Omar Infante. Now he's been part of a Hosmer-Zo-Escobar-Moose combination that is a pretty strong part of an even strong roster.

The only thing that's standing in the Royals' way? Predictability

The Royals have managed to stand out in the very front of the AL race, and will likely rank 1st seed for the playoffs. So they'll be the team to beat going in, which is new for the Royals. Only thing is that the guy who's ranked 1st doesn't always win. It's gonna be tough to get past the teams with less pressure, because teams like the Blue Jays, Yankees and Astros will be really, really tough to beat.

I don't know if the Royals are going to squeeze their way through the whole thing...but part of me kind of wants them to get back and win a World Series. So...I hope they can.