Anyone Can Pitch: June to August 2022 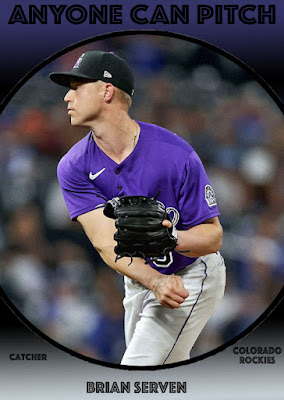 Our chronicle of the wonderful pastime of position players pitching continues with the new Anyone Can Pitch cards, culled from June, July and August of this year. We're going in reverse alphabetical order because blogger apparently thinks reversing my image order is a cool and fun thing to do sometimes.
So we start with Brian Serven of the Rockies, who's been a backup catcher who might eventually take the position over from Elias Diaz, and has completely nullified the once-strong prospect Dom Nunez. Serven, in the midst of a 13-0 drubbing from the Dodgers, got an inning of work on the mound, and managed to score no runs and allow no hits. So hey, that's a good plus if he goes up the depth charts. 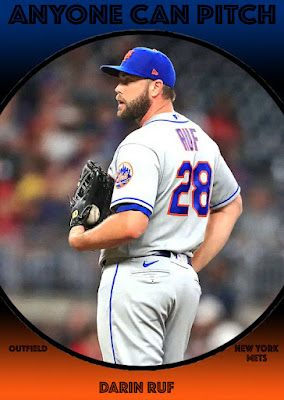 A friend of mine's a Mets fan, and the night of the deadline he was just slow burning because the Mets had done NOTHING. He was expecting them to get Soto or somebody and I'm like "...Darin Ruf." And then a few weeks later he messages me and goes 'joke's on you, Ruf's shutting down the Braves'. And sure enough, the former Giants bench bat was the only Mets pitcher that was able to keep the Braves from scoring any more runs on August 15th. Through 2 innings, Ruf gave up only 1 hit, and no runs. I joked the Mets should start him in the NLCS if they play the Braves. 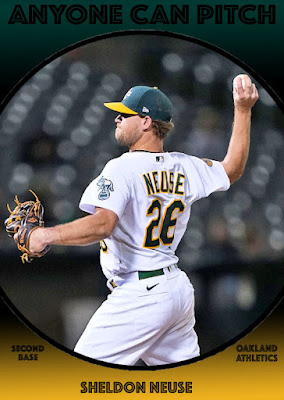 With the lack of solid MLB options for the A's this year, utility infielder Sheldon Neuse has had to play a ton of roles for the club this year. This has included a pair of pitching appearances. Neither of these appearances garnered any runs, or any hits. And to Neuse's credit, on both occasions, he was throwing strikes. I think he might actually be one of the better pitching options of all the position players on here, even if he doesn't throw smoke like Christian Bethancourt does. 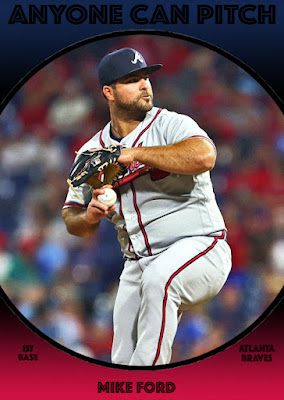 Mike Ford has played for a few different clubs this year, and just hit a homer against his old club while playing for the Angels. For the majority of this year he was DHing in Atlanta, and not well at that. So far this year he's played for the Giants, Mariners, Braves and Angels, and the only one he's pitched for has been the Braves. During a tough outing in Philadelphia, Ford took the mound and didn't make things much better, giving up the second of Darick Hall's first two MLB home runs [in one night], and leaving the game with a 18.00 ERA. 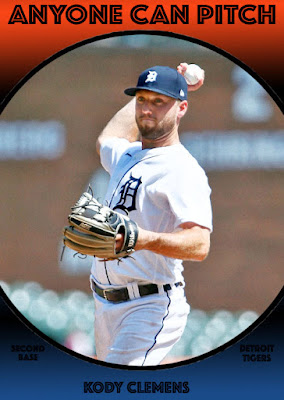 The image of a Clemens on the mound shouldn't surprise anyone. However, the image of Kody Clemens, who made the Tigers as an infielder, on the mound should give baseball fans pause. Clemens, in between appearances at the bat, has made 4 relief appearances for the Tigers. Two of them were scoreless, the other two he gave up a run. Obviously Clemens hasn't been perfect, but when one of the people who taught you how to pitch was ROGER CLEMENS, I'm sure that some scoreless innings are gonna come naturally. 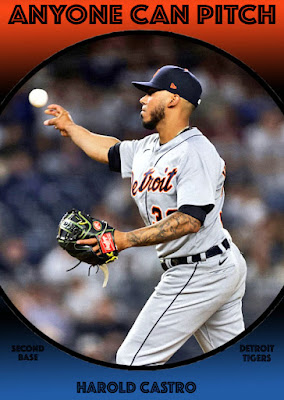 Elsewhere in Detroit, Harold Castro has also made 4 pitching appearances for the Tigers. Castro has given up at least 1 hit in all 4, giving up an earned run in two of them. He did manage to strike out a batter during the game against the White Sox, so that's at least a plus in his chart. 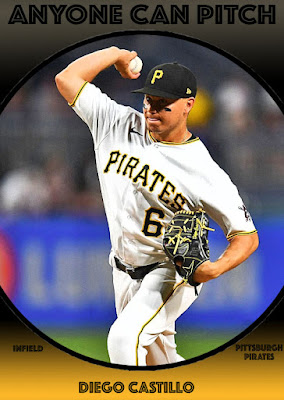 Diego Castillo was brought up as a hard-hitting infielder out of Spring Training, and while he hasn't been as hot as he was in Florida, he's played a lot of roles for the Pirates this season. Castillo has made two pitching appearances for Pittsburgh; neither went especially well, as he gave up 4 runs in each one. Like Castro, he did manage to strike someone out during his game against the Cubs. 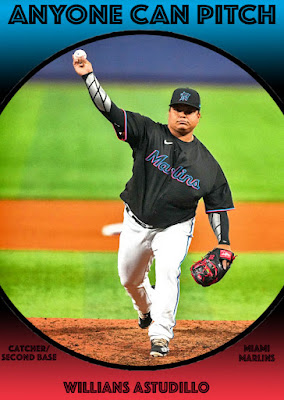 And we end on La Tortuga. I am saddened that no one has figured out how to properly use Willians Astudillo. The man is such a fun player, such a unique hitter, and the closest we'll get to another Bartolo Colon. Astudillo made two pitching appearances for the Marlins, and did not allow a run in either of them. He didn't even allow any hits. Yes, he has a fairly simple pitching style, not a lot of heat, but he stopped the bleeding. That is all these position players need to do, anyway.
We'll see if we have any more of these for September.
Posted by Jordan at 12:55 PM
Labels: Anyone Can Pitch, Brian Serven, Darin Ruf, Diego Castillo the Infielder, Harold Castro, Kody Clemens, Mike Ford, Sheldon Neuse, Willians Astudillo