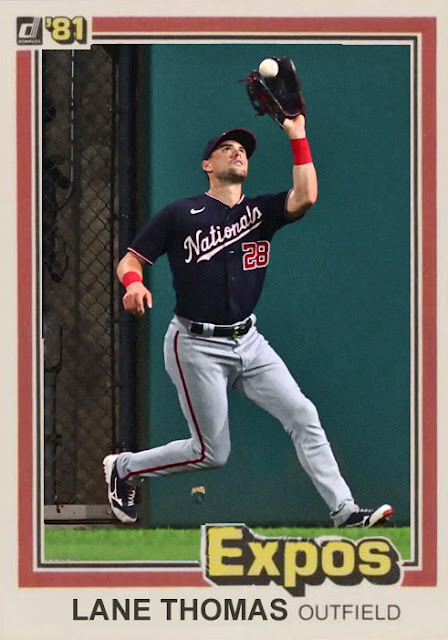 Hey, uh, the Nats have won 4 of their last 6. Can someone say 'surprise wild card favorite'?

Lol, no, the Nationals clearly have nothing left to prove and won't be making the playoffs, and they seem to be alright with this. They've lost the war, they're letting the rookies, like Alex Call and Cade Cavalli, come up and take the spotlight for a bit as the veterans sort of shrug and do their thing, and their franchise favorite going into the season is not only in San Diego, but he might be injured.

So, now that they're out of the race, it's easier for them to shock people, especially other teams. The Nats, just this week, have taken two games from the Mets and two games from the Cardinals. On one hand, yes it's just two games, but this happening to THESE TEAMS NOW is pretty big for a number of reasons. For one thing, losing 2 games put the Mets in line with the Braves, and now they're struggling to maintain first place as the playoff race thickens. And the Cardinals losing a few games, even as the Mets now wallop the Pirates, makes them a lock for the three seed, meaning they'll have to play someone in the first round of the playoffs [and right now it is looking like it will be the Padres but I know my luck if my Phils want to completely address the 2011 drought].

But the other reason it's pretty important that these two teams are being batted down by the Nats is that in years past, the Mets and Cardinals have acted as the executioners of September. The Mets, as I've often written about, have consistently acted as the spoiler in years they don't make the playoffs, being good enough to smack potential competitive teams out of the conversation but not good enough to compete. The Cardinals will often wait until September to start acting like a playoff team, and this momentum often propels them far into the postseason. Things have shifted so that these teams can now be the alphas in the league...AND, a completely inconsequential Nats team can act as a spoiler for them a little.

And the Nats are doing all this with a lot of small pieces. Lane Thomas, who they got from the Cardinals in the Jon Lester deal, has 15 homers and 46 RBIs. Ildemaro Vargas, a former D-Backs prospect, is batting .295 with 13 RBIs in 30 games. C.J. Abrams, who they got from San Diego in the Soto deal, is already piling up the contact hits, and has 17 hits in 21 games, including some crucial ones in this Cardinals series. And Alex Call came alive in Thursday's game, coming a triple short of a cycle and being responsible for 5 of the Nats' 11 runs. So these pieces are coming together, they're just...very much still pieces.

The Nats need a few years to rebuild, and hopefully a lot of these guys will be part of it. It is nice to see them stifle some competitors, though. So I'm fine with them doing that, especially if it levels the Cardinals a bit before the playoffs.

Coming Tonight: One of three young pitchers primed to succeed for Detroit this year...and the only one who is currently still healthy.