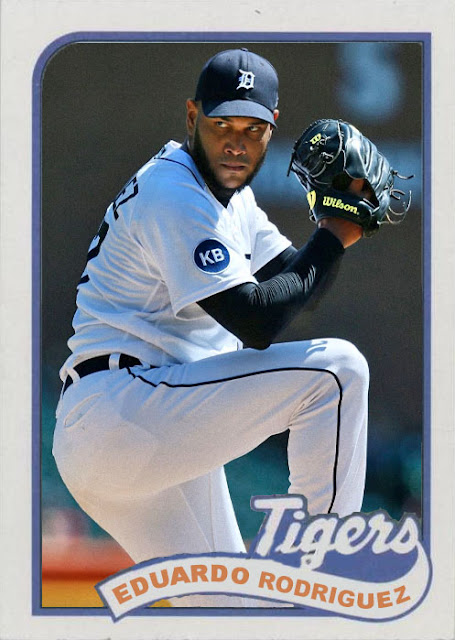 I don't get it, man. In the 2010s the Detroit Tigers had Justin Verlander, Rick Porcello, Max Scherzer, Anibal Sanchez, David Price and so many others suit up for this team. In 2016, they sign Jordan Zimmermann, and since then every free agent signing for pitching has gone disastrously wrong.

And while I get letting people like Verlander, Michael Fulmer, Daniel Norris and Matt Boyd go due to not having the budget to keep them, it doesn't explain why they waste the budget on several years of Zimmermann or flyers on people like Matt Moore or Tyson Ross who promptly figure out how to pitch in other markets. And now the Tigers actually get a nice deal for Eduardo Rodriguez, and the second he gets to Detroit he just falls apart. And he's gone for months due to personal matters.

Look, the Nationals blowing a multi-year contract on Stephen Strasburg and getting like 10 innings of him since 2010 is one thing. But consistently picking decent pitchers at the exact moment that they forget how to pitch is...like, curse stuff. This is the same thing that happens to relievers in Philly. Something's gotta be up.

Rodriguez has made 15 starts this year, and has a 4.37 ERA with 62 strikeouts and a 4-5 record. That's not awful but it's not great either. Yes, he has a couple years to recover some numbers and get to where he was in Boston, but he'll also be surrounded by young kids like Matt Manning, Tarik Skubal, Joey Wentz and, when he gets back from the IL, Casey Mize. He'll have to be the veteran presence, much like Zimmermann. I sincerely hope it goes well for him.

Other than that, more of the same buffoonery from the Tigers this year. Actual good pieces, like Austin Meadows, Spencer Torkelson and Akil Baddoo, falling short of expectations. Rookies like Torkelson and Greene and big stars like Baez only doing so much. Willi and Harold Castro once again having to do a lot of the work. Drew Hutchison taking the Wily Peralta award for most work being done from replacement level. The team leader in home runs having only 15. It is soul-crushing to see the Tigers make genuine improvements only to be the same team year after year, and I really hope they can do something different next year. It's depressing enough for me, but it's gotta be even more depressing for Tigers fans.

Coming Tonight: A rare accurate starter for the Pirates