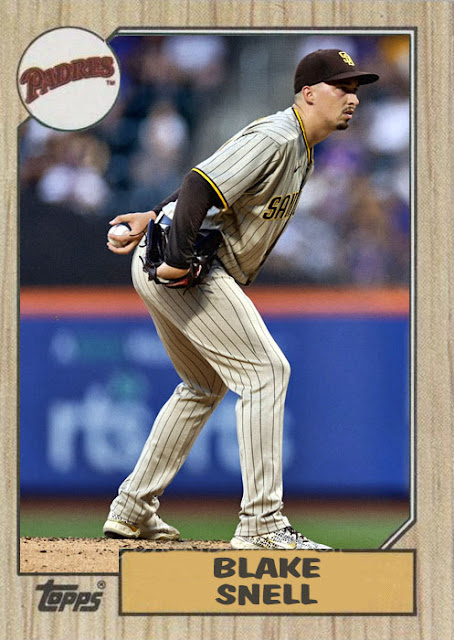 Even if the Brewers have lost a little ground in the NL Wild Card race, they're still two games behind the pack for a spot. Which means we have a Wild Card race where four teams are hunting for three spots. Someone is going to be unlucky, and with the Braves essentially guaranteed that fourth seed, it's going to be either the Padres, Brewers or Phillies.

Now...one of these teams is famously unlucky, so even if we all know going in that the likeliest of these three to choke is prooooobably the Phillies, it's still anybody's game. All three of these guys have had numerous human moments this year. The Brewers dropped a lead to the Cardinals and had a torrid August. The Phillies...well take your pick, but blowing this Braves series probably qualifies. And the Padres have only won 8 games so far this month. Even if the wins have been nice, many of them recent, the losses have bogged them down and stopped them from being the postseason lock they were earlier in the season. Now, Padres fans saw this happen just last year, and it was heartbreaking to see the team fall apart in August and miss out on a wild card spot in September.

...probably not a great note that they would have made the playoffs if the expanded wild card scenario was instituted last year. So, thanks Manfred.

The Padres do thankfully have a fuller, more competent team this year, even without Tatis. Soto, Bell and Drury have been strong, if imperfect, additions to the Padres' lineup, and Soto has fit right into the bigger-game mentality in San Diego. Manny Machado has fulfilled his status as the everyman hero for this team, and Jake Cronenworth, Ha-Seong Kim, Trent Grisham, Jurickson Profar and Austin Nola have been excellent, versatile supplemental pieces.

The rotation has gotten even stronger as the year's gone on, with Blake Snell improving on a weaker first half with a current ERA of 3.85 and 146 strikeouts. Mike Clevinger, though not quite as satisfying as the ace the Padres thought they were getting in mid-2020, has still been strong in 19 starts, notching 83 Ks in that time. And, obviously, Darvish and Musgrove are still having awesome seasons, with Darvish turning in a career start yesterday. This team has a ton of postseason options and could be a match against any of their wild card rivals.

I do think the Padres have the best chance right now of the three up-in-the-air wild card teams, but they need to prove they have enough to make it past the first round. They have a good team, but it needs to really catch fire.

Coming Tonight: A contact-hitting outfielder who seemed like he couldn't make it anywhere. So, naturally, he makes it in Tampa.