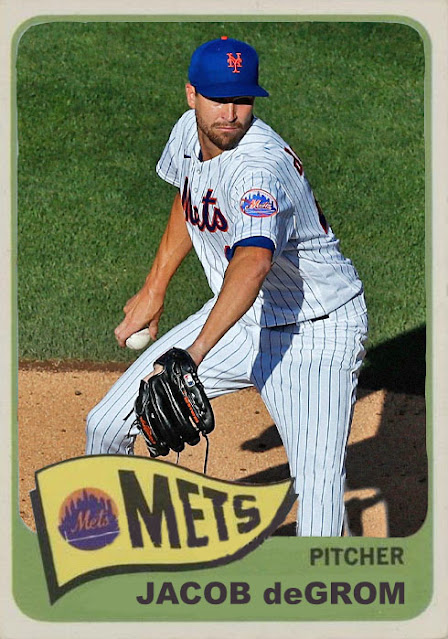 At the moment, the Mets have the lead in the NL East by a half of a game. However, they did just get absolutely swept by the Cubs. Thankfully, the Braves didn't take the opportunity to really take a hold of the division and dropped games to competitors like Seattle and the Giants, who, if the Mets aren't gonna do it, have now become the spoiler of the NL. They ain't making the playoffs, and they're gonna make sure you don't either.

So, this week bought them some time, though not much. And while the Braves have a tough series against the equally-competitive Phillies coming up, who do the Mets play this week? Why, those lovable, beatable Pittsburgh Pirates. So...unless they blow it like they did in Chicago, the division could be theirs again very soon. And last night seemed to go pretty well for them.

I mean...the Mets have had a nice enough go of things this season in general since people like Lindor, Alonso, Nimmo, Marte and McNeil have been performing so well for them, but...now, actually having deGrom back and throwing really well is a definite plus. Yes, they don't get Scherzer back for another week or so, but with the rest of the rotation doing well [Bassitt, Walker, Carrasco and Peterson all have ERAs lower than 4], having deGrom doing peak deGrom work pays off. So far, through 8 starts, deGrom has a 5-2 record, a 2.01 ERA, 73 Ks and a 1.9 WAR, which means with a month and a half played, he's already in the Mets' WAR leaderboard.

And yes, eventually the Mets are gonna think about deGrom's free agency journey, and whether they're gonna wanna spend the money on him or on pissing off Yankee fans. I think they could swing him, but it's a matter of what he wants. I imagine he wants to stay in New York, but somebody could swing in and offer him a fortune and you know how it goes. I hate to say it, but the first half of this season proved the Mets could win without him, but a lot of variables need to repeat itself to sustain that.

The Mets, even if they lose the division, have a very nice probability of success in the postseason. They could win a series against Philly, they could win a series against San Diego, and they could go toe-to-toe with Atlanta as they are right now. It's about long term sustenance, and they need to focus on outearning people like LA and St. Louis. They have a genuine chance to start a trend here, and I hope they take it.

Coming Tonight: One of the many young pieces helping a team make one last playoff push.