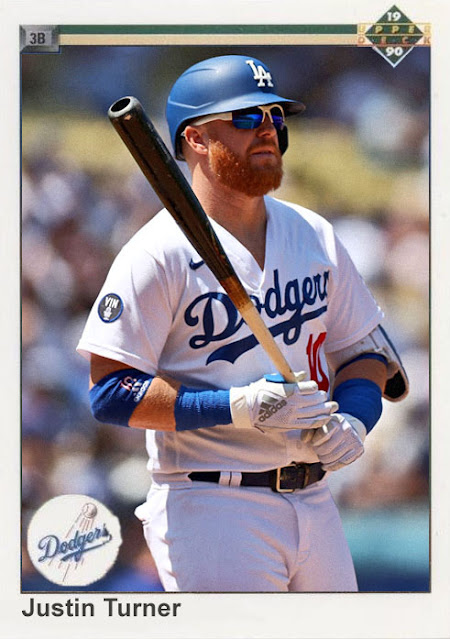 Uh...ya want a stat that might piss off some Dodger fans?

This season, it's looking like the Los Angeles Dodgers will have their FOURTH 100+ win season under Dave Roberts' management. FOUR of them. I went to look back to when their last 100+ win year was, and it was the early 70s, under Walter Alston.

The thing that softens that is that Lasorda at least had the decency to win 2 World Series rings, though, like Roberts, one of the rings came after a shortened season. The Dodgers have only made 1 World Series as a 100+ game winning team, and lost in the playoffs to cinderella NL East teams in the other two. So, obviously, 2022 needs to be different. And looking at exactly what this Dodgers team is laying out, I'm honestly thinking it will be.

Like, okay, it's clear that, at 37, Justin Turner isn't the starting third baseman anymore. Max Muncy's been handling most of the starts, it's gone decently, Turner's been DHing. The fact that Justin Turner still has some contact stuff left in the tank is pretty cool, honestly. He's hitting .276 with 116 hits and 78 RBIs, which is still a pretty awesome season any way you slice it. And, of course, as the only member of the Dodgers' lineup who's now on the Dodgers all-time WAR charts, he's providing a lot of expertise and counsel to the younger members of this lineup.

And speaking of WAR, this team has 6 players with a 4.0 or higher. The usual suspects like Freeman, Betts and Trea Turner, and also people who've had great seasons like Tony Gonsolin, Tyler Anderson and Julio Urias. And even with the starrier names lining this roster like Kershaw, Muncy, Bellinger and Price, that core is gonna get this team very far. Freeman's having another incredible year, Betts is gonna get MVP votes again, Will Smith has 81 RBIs, people like Andrew Heaney and Dustin May are providing great starting numbers, and at the end of the day, Craig Kimbrel can still work the ninth.

This Dodgers team has a lot going for it, and they could easily make it to the end. It's just about sustaining that momentum and not falling victim to a team that may not be as good but gets hot at the right time.

Coming Tonight: Look who decided to hit like hell in Toronto all of the sudden.