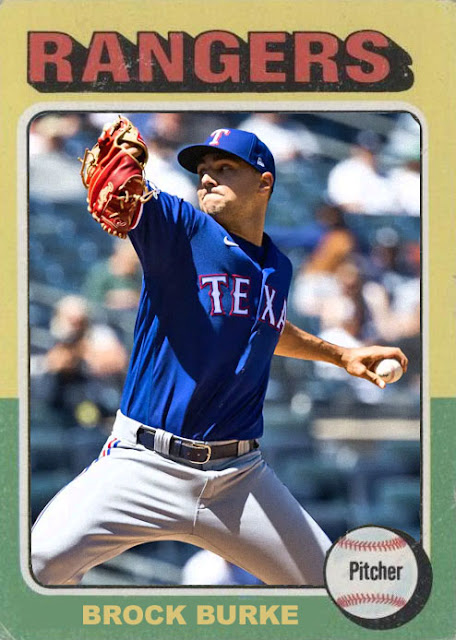 I was worried midyear that the Angels and Mariners slumping meant that the Rangers would shrug their way to second this year, but that hasn't happened. The Rangers are where they belong, in third, and while they've done a lot right this year, they've cemented themselves in the first half of the uncompetitive group.

I will say that this team have amassed enough to make me think that a competitive future could be in the cards for them. Corey Seager, Adolis Garcia, Nate Lowe and Marcus Semien have made for a pretty strong core. Semien has come ALIVE over the last month or so, hitting .360 in his last 12 games with 18 hits, 9 RBIs and 3 homers. At last, the fella who succeeded with Oakland and Toronto has figured out Arlington, and he's ramping things up so he can continue the consistency there. Lowe also had a huge August, and now is hitting .305 with 23 homers. Seager is on the cusp of his first 30-homer year. Garcia leads the team in RBIs with 83.

And there's still youth pieces like Ezequiel Duran, Bubba Thompson and Leody Taveras all getting reps and adding to the fun. Thompson's hitting .305 and seems to be an upgrade over Kole Calhoun. Taveras has come through really well in the past month and is now hitting .285. Duran seems to have the starting 3B job over Charlie Culberson, and he'll look to hold onto it as Josh Smith and other prospects make a run at it.

What's also promising about this Rangers team is the fact that they have a 25-year-old reliever having a huge season, Brock Burke, and he looks to be sticking around a bit. There's no pressure for Burke to take the ninth, he's got a 1.55 ERA with 75 Ks, and he's finally come into his own after being passed over for a starting spot a few years back. This is a team where a lot of young players have disappointed recently, including Kolby Allard, Spencer Howard, Kohei Arihara and A.J. Alexy. I'm just glad they've hit upon a guy like Burke who's young and who's the real deal.

Obviously more things need to fall into place. Obviously more big pieces need to stay healthy. But I still think that a competitive run for the Rangers isn't terribly far away.

Coming Tomorrow- An important hitter for a team that thought they'd be making the postseason a few months ago.